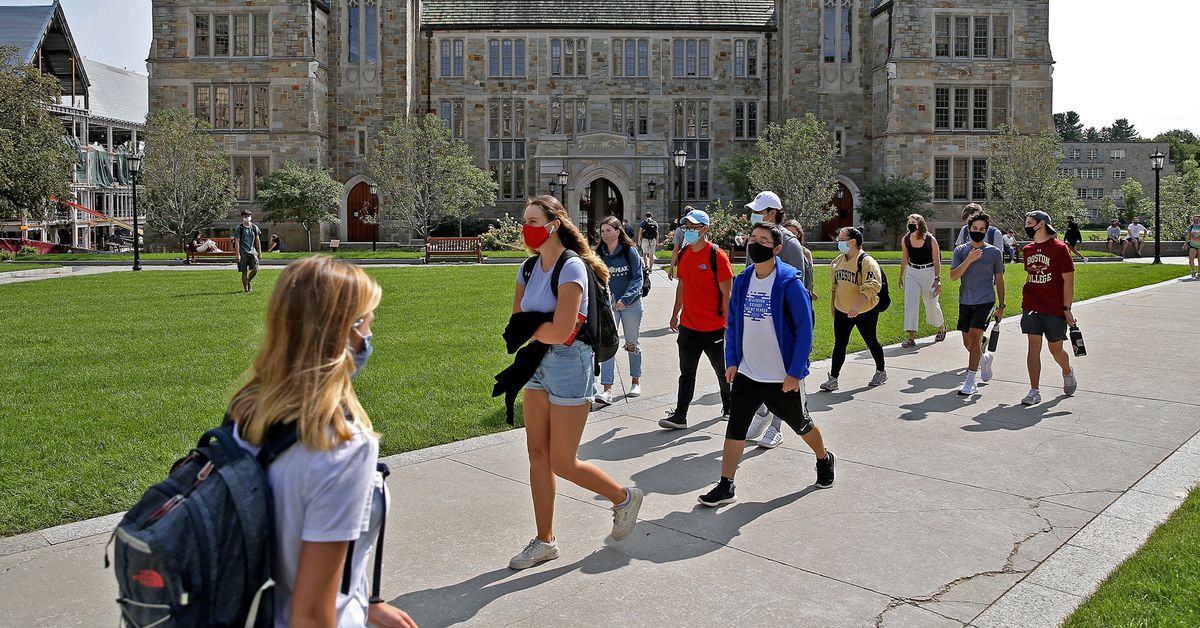 The Trump administration is proposing a new rule to limit student visas to two years for citizens of 59 countries, potentially complicating the path to an American college degree for tens of thousands of foreign students.

Student visas are currently valid for as long as students are enrolled in their course of study. But the proposed rule, published by the Department of Homeland Security, would limit the validity period to two years for certain immigrants under the theory that it will be easier to identify security threats and monitor compliance.

The countries targeted are those that are designated as state sponsors of terrorism and those with a high rate of people who come to the US and overstay their visas.

After that two-year period, students will have to apply for an extension. It’s not clear whether immigration officials could deny their request even if a student would need it to complete a traditional four-year undergraduate program or a PhD, which can take six years or longer. But if a student is taking longer than the typical time it takes to complete their course of study, they will have to provide evidence of “compelling academic reasons,” a documented medical condition, or other circumstances beyond the student’s control, including a natural disaster or national health crisis, according to the rule.

That could potentially dissuade foreign students from enrolling in American universities, which are already experiencing a decline in foreign student enrollment — a critical source of talent and tuition. Foreign students generate an estimated $32 billion in revenue annually and support more than 300,000 jobs, according to the think tank New American Economy.

It’s not clear if the rule will go into effect. The Trump administration has only a few months to finalize the rule before January 2021, when a new administration could take over and abandon the proposal. But if President Trump wins a second term in November, time would be on his side.

The proposal would affect citizens and people born in countries on the State Department’s State Sponsors Terrorism List, including Iran, Syria, Sudan, and North Korea. It would also apply to citizens of another 55 countries with a more than 10 percent rate of visa overstays, including all but a few African countries. Some of those countries send large numbers of foreign students to the US, including Vietnam, Nigeria, and Nepal.

Foreign students who are not from any of the affected countries but are enrolled in schools that are unaccredited or do not participate in the federal employment eligibility verification program E-Verify would also only be eligible for a two-year visa.

The majority of people who overstay their visa in the US are from China, India, Brazil, and Canada — none of which are impacted by the proposed rule. Rather, it targets primarily students from African countries.

The countries with the highest visa overstay rates, with the exception of Syria and Nigeria, actually account for only a small proportion of total annual visa overstays.

In fiscal year 2019, Burundi, for example, had a 44 percent visa overstay rate for students and exchange visitors — one of the highest worldwide. But it accounted for only 127 of the more than 60,000 total estimated overstays. China, by comparison, had a less than 2 percent overstay rate in those visa categories, but as the top-sending country for foreign students, it accounted for more than 11,000 overstays.

Trump has a history of seeking to discriminate against immigrants from African countries. He has sought to keep out Africans from what he called “shithole countries” while suggesting that the US should accept more immigrants from predominantly white nations like Norway. And he’s repeatedly sought to dismantle the diversity visa lottery — for many Africans, the only way they can immigrate to the US.

Last year, he also imposed restrictions on citizens of four African countries — Eritrea, Nigeria, Sudan, and Tanzania — seeking to immigrate to the US permanently as part of an expansion of his travel ban policy.

This also isn’t the first time that Trump has sought to discourage foreign student enrollment.

In July, he tried to kick out foreign students who were enrolled in online-only programs, even though many universities had made the decision to suspend in-person classes in the fall in order to protect students, staff, and other members of the campus community amid the pandemic. After universities filed a slew of lawsuits challenging the policy, the administration ultimately backed down. But it rattled students, who might now think twice about staying in the US post-graduation.

Trump has imposed restrictions on visa programs that provide a pathway for students to remain in the US long-term, including the sought-after H-1B visa program for skilled workers. It’s a pipeline for foreign talent, particularly in the fields of computer science, engineering, education, and medicine.

During the pandemic, Trump signed a proclamation temporarily blocking the entry of foreign workers coming to the US on H-1Bs and other visas through the end of the year. According to a senior administration official, he’s also pursuing reforms to the program that would make it harder for entry-level workers just graduating from US universities to qualify.

More than 85,000 immigrants get H-1B visas for skilled workers annually, including thousands of workers at tech giants such as Google and Amazon. Recipients are currently selected by lottery, but Trump is proposing to instead prioritize workers with the highest wages and raise the program’s minimum wage requirements.

Trump has also sought to clamp down on student visa fraud, using what many advocates consider to be questionable methods. Immigration and Customs Enforcement came under fire in November after announcing that it had been operating a fake university designed to lure in immigrants seeking to obtain student visas fraudulently — but the students claimed they were the ones who had been deceived. Some 250 students at the University of Farmington in Farmington Hills, Michigan, were consequently arrested.

The University of Farmington wasn’t a real educational institution: Although ICE advertised the university as offering graduate STEM (science, technology, engineering, and math) courses, it did not have any teachers, curriculum, classes, or other educational activities. Its primary selling point, prosecutors said, was a ticket to an F-1 visa.

But attorneys for the students affected say these operations are entrapment, designed to trick unknowing international students into paying thousands of dollars to a university, while having no way of knowing that their actions are illegal.

The Trump administration also tried to make it easier for students to face penalties for violating the terms of their visas. US Citizenship and Immigration Services issued a memo in 2018 that meant that mistakes as minor as failing to file an address change report or having to drop a course could have prevented students from applying for a new visa or barred them from reentering the US for up to 10 years. That memo, however, was blocked in federal court before it could go into effect.