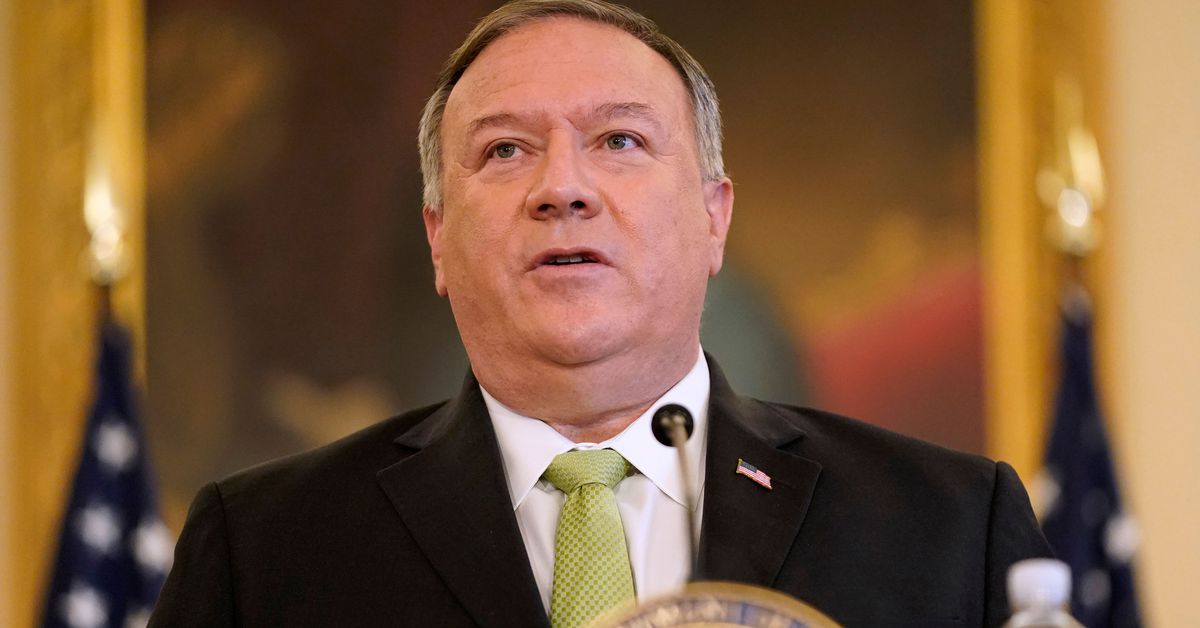 The Hatch Act of 1939 imposes strict limits on most federal civilian workers who want to engage in political activity. Some Cabinet departments, including the State Department, augment these statutory limits with additional policies intended to maintain a clear wall of separation between partisan politics and nonpartisan government functions.

Secretary of State Mike Pompeo and National Security Adviser Robert O’Brien may have busted through that wall on Wednesday.

In Wisconsin, a state Trump won in 2016 and is at risk of losing in 2020, Pompeo addressed state lawmakers on the administration’s policies to confront China. But he used the speech to touch on themes that could easily be construed as a broader campaign pitch.

Norm Eisen, a government ethics expert at the Brookings Institution who represented House Democrats in the Trump impeachment hearings and now advises the Biden campaign, told me Pompeo’s appearance was definitely a problem.

“By giving a speech in battleground state Wisconsin a few short weeks before the presidential election, Secretary Pompeo has not only departed from State Department tradition to stay out of domestic politics, but appears to be engaged in an aggressive pattern of conduct to misuse his official position and taxpayer-funded resources to serve the president’s political interests,” he said, noting the address “raises serious questions under the rules.”

Hours after Pompeo’s speech, O’Brien spoke at Drake University in Iowa — an important state for the president to win — about Trump’s general foreign policy. His comments, though, veered into the political. “The world is more peaceful and prosperous, we believe, because of the president’s policies,” he stated, adding “there’s more to come in a second Trump term.”

Those remarks, some experts say, went too far. “Certainly I think O’Brien’s comments are a kind of advocacy that runs afoul of the Hatch Act,” said Donald Sherman, deputy director of the Citizens for Responsibility and Ethics in Washington (CREW), a watchdog group.

The issue here isn’t that Trump administration officials openly boasted about the work of, well, the Trump administration. That’s par for the course. The issue is they’re purposely giving pro-Trump speeches in states critical to the president’s reelection efforts — on taxpayers’ dime — just weeks before Election Day.

Pompeo and O’Brien, then, may have openly flouted the law. For the secretary, at least, that’s just another day at the office.

Pompeo’s address in Wisconsin shouldn’t have come as a surprise. He’s used many appearances in recent weeks to speak in support of Trump the president, and not the Trump administration.

During the Republican National Convention in August, Pompeo filmed a short video while on official travel in Jerusalem, Israel, to back Trump. His decision shattered years of precedent in which sitting Cabinet members, and especially high-profile ones like secretaries of state, don’t engage in openly political and partisan activities. It was a norm Pompeo’s predecessors — in both Republican and Democratic administrations — believed was important to uphold.

And three days ago, the secretary spoke at a Baptist church in Plano, Texas, about the role of faith while serving in government. However, he waded into the domestic battles that animate the presidential discussion today.

“We need to return to the founders’ central understandings about faith and how this Judeo-Christian nation is central to the world, and we must stand with it and we can’t let anybody try and rewrite history to suggest otherwise,” he told the audience. “It is an absolute imperative that we stand on these traditions and continue to build them up. It’s for our kids and for our grandkids. It’s absolutely imperative.”

These aren’t normal comments for a secretary of state — the nation’s top diplomat — to make, or normal forums for him to make them in. That’s why experts like Eisen are concerned.

This all “appears to be part of a coordinated effort to showcase senior administration personnel in battleground states in close proximity to the election to benefit President Trump’s political interests rather than to serve the public interest,” Eisen told me.

There’s a further problem. “Pompeo’s politicking, especially in his official capacity, undermines his ability to represent the United States across the world,” CREW’s Sherman said. “He’s either America’s chief diplomat or he’s a political crony for one political party.”

In effect, giving speeches like the one Pompeo gave in Wisconsin might cause foreign leaders to believe he represents Trump more than he represents Americans. Based on his recent actions and comments, that may just be right.