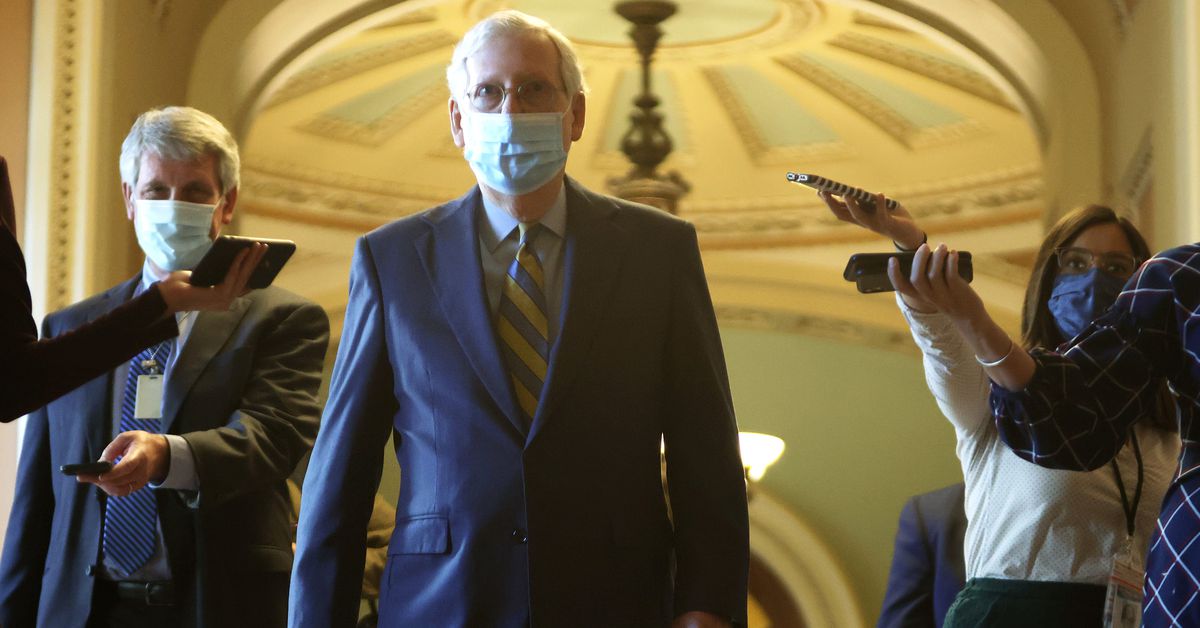 A looming US Supreme Court confirmation battle to fill the seat of former Justice Ruth Bader Ginsburg has added a new level of urgency to the battle over control of the US Senate.

Democratic Senate campaigns in more than 10 competitive races have seen a surge of campaign cash since Ginsburg’s death on Friday. Democratic fundraising platform ActBlue smashed its own records last weekend, raising close to $100 million for Democratic candidates by Saturday night, an ActBlue spokesperson told Vox (that number has since grown to over $160 million).

“It’s just been rolling in,” said Shaniqua McClendon, Crooked Media’s political director and one of the people overseeing the group’s “Get Mitch or Die Trying Fund,” which fundraises specifically for Democratic Senate candidates. “At first it was, ‘Oh wow, people are giving,’ and then it was, ‘Oh wow, we raised another million.’”

Senate Majority Leader Mitch McConnell’s subsequently announced that Senate Republicans would move forward with the process to replace Ginsburg with a nominee of President Donald Trump’s choosing. McConnell’s announcement is a reversal of his and the GOP’s position in 2016, when the Senate refused to even start the confirmation process for Obama nominee Judge Merrick Garland. WinRed, the Republican counterpart to ActBlue, did not respond to a request for comment from Vox on how much it raised last weekend.

Though the Republican base has gotten fired up about Supreme Court appointments in the 2016 presidential election and 2018 midterms alike, there are plenty of signs that Democrats are particularly motivated after the loss of Ginsburg, a liberal justice and an icon for equal rights.

Fundraising is just one sign of enthusiasm, though, and it’s still too early to tell whether this could have a noticeable impact on what’s already promising to be high voter turnout for both the presidential and Senate races.

As Republicans refused to confirm Garland in the year leading up to the 2016 election, analysis and data following that election showed that the prospect of having a conservative justice on the court was especially motivating for Republican voters.

Another Supreme Court confirmation battle played out in the weeks before the 2018 midterms, and while Democrats swept US House races that year, Republicans were able to flip a number of Senate seats in red-leaning states including Indiana, North Dakota, and Missouri.

This year, the Senate map gives Democrats a slight advantage. Republicans are defending more turf: 23 seats (mostly in red states), compared to the 12 Senate Democrats who are up for reelection. Colorado, Arizona, Maine, and North Carolina are considered most competitive for Democrats, but several other seats are now in play, including Montana, Iowa, Georgia, and even South Carolina. Republicans are on offense in just Alabama and Michigan, and most political observers believe Michigan will be tough for them to pull off, even as the race there is tightening.

Because many of these races are incredibly close, even a slight impact on key subsets of voters could have an impact, Cook Political Report Senate editor Jessica Taylor wrote in a recent analysis.

Because over a half dozen races are simply that close right now, a shift in either some Republicans coming home or in college-aged suburban white women — who were the GOP’s Achilles heel in 2018 congressional elections — moving toward Democrats could be a critical factor. The Supreme Court issue boosted Senate Republicans two years ago in the wake of the Kavanaugh hearings, but the GOP had an overwhelmingly favorable map with Democratic incumbents in deep-red states like North Dakota and Indiana. Now, the inverse is true.

Nevertheless, both sides see the new Supreme Court battle as motivating to their voters.

“This puts Democrat candidates in the uncomfortable position of having to disclose to voters they are controlled entirely by Chuck Schumer and the insurgent wing of liberal extremists that have hijacked the Democratic Party,” National Republican Senatorial Committee spokesperson Jesse Hunt told Vox in a statement. “What had been a poorly kept secret will now be thrust into open view, hurting Democrats’ chances to appeal to independent voters in key Senate races.”

Democrats, meanwhile, plan to focus on the fact that Republicans charging ahead with a conservative Supreme Court nominee dovetails with one of the first major cases the court is expected to hear after the November election: the Trump administration’s and conservative state attorneys general challenge to the Affordable Care Act, which could invalidate the entire law.

“Republicans have been dragged down all cycle by their records of refusing to stand up to the president for what’s right and voting to gut health care protections for preexisting conditions,” Democratic Senatorial Campaign Committee spokesperson Lauren Passalacqua said in a statement. “The question of filling this vacancy shines an even brighter spotlight on these vulnerabilities.”

Health care and the aftermath of Senate Republicans’ attempted Obamacare repeal vote was a hugely motivating issue for Democratic and independent voters in the 2018 midterms. And Democrats are betting it will be again in 2020.

“The fact the health care lawsuit is at stake after the election and that’s the highest-profile case … I think is problematic” for Republicans, a Democratic strategist told Vox. “It’s a massive liability and toxic with swing voters.”

“I think people are more scared than anything,” said Crooked Media’s McClendon. “Merrick Garland frustrated a lot of people, [but] Brett Kavanaugh scared a lot of people. I think we’re seeing a lot of what the justices can actually do. Congress can pass a lot of bills — the ACA was saved once, but it might not be saved this time if we have different justices.”

The Senate-focused “Get Mitch or Die Trying Fund” has been raising money to divert to Democratic and independent candidates in 13 races: Colorado, Maine, North Carolina, Montana, Iowa, both Georgia seats, Alabama, Michigan, Alaska, South Carolina, Texas, and Kansas. Since Friday night, the fund raised more than $12 million, accounting for about 25 percent of total ActBlue fundraising during the weekend following Ginsburg’s death. For context, McClendon told Vox the fund was hoping to raise $5 million by the end of the Senate cycle.

“It was amazing to see on Friday, the numbers would not stop increasing,” she said. McClendon said those donations will be spread to Democratic campaigns, especially prioritizing those that have fundraised less on their own. The idea is to help Democratic candidates be competitive in states where they otherwise might not compete.

On Saturday, Democratic donors set a record for the amount of money raised on ActBlue, raising $70.6 million in a day and breaking an hourly fundraising record with $6.3 million raised from 10 pm to 11 pm on Friday night.

“The record-breaking response we’ve seen from small-dollar donors shows that the left is eager to fulfill her final wish and is ready to fight back against Trump and McConnell’s vow to push through a Supreme Court nominee,” said ActBlue Executive Director Erin Hill in a statement.