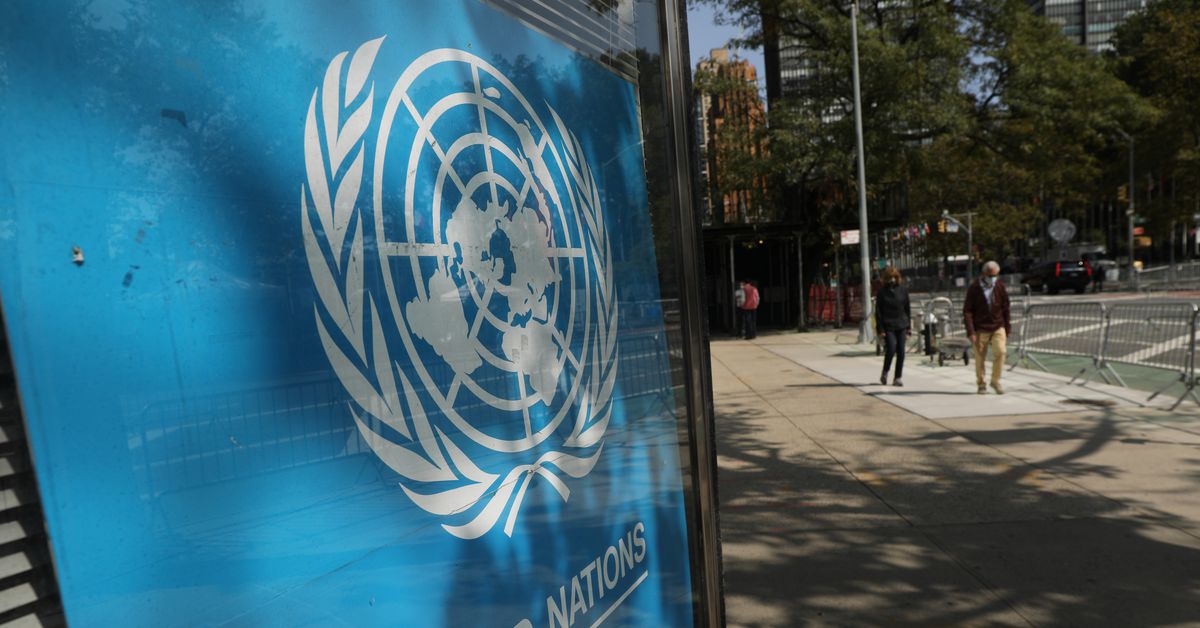 President Donald Trump spent most of his United Nations speech blasting China — for its handling of the coronavirus, for its contributions to pollution, for its trade policy.

China’s President Xi Jinping, who spoke shortly afterward, did not mention the United States directly. Instead, he talked about Beijing’s commitment to global cooperation and the humanitarian response to the Covid-19 pandemic.

Both speeches misrepresented the realities of their countries, and the world, right now. But 75 years after the United Nations was founded, China, not the United States, has shown it knows how to work the multilateral system to its advantage.

Trump’s dismissiveness of international cooperation has been a theme of his presidency, culminating in his fourth (and maybe final) United Nations speech, where he once again revisited the greatest hits of “America First.” Or as Trump put it in his short, prerecorded address: “But only when you take care of your own citizens will you find a true basis for cooperation. As president, I have rejected the failed approaches of the past, and I am proudly putting America first, just as you should be putting your countries first.”

Even if expected, Trump’s tone was at odds with the UN’s 75th anniversary, which is all about member states renewing their commitment to multilateralism. His attacks on China were in sharp contrast to the warnings from UN Secretary General Antonio Guterres, who warned earlier Tuesday morning against the start of a “new Cold War” and a world where “the two largest economies split the globe in a great fracture.”

“We must hold accountable the nation which unleashed this plague onto the world: China,” Trump said, referring to the coronavirus. “In the earliest days of the virus, China locked down travel domestically while allowing flights to leave China — and infect the world.”

He accused the World Health Organization, which the Trump administration announced it was withdrawing from this summer, of being too greatly influenced by China. He demanded the “United Nations must hold China accountable for their actions.”

A representative for China, speaking to introduce his leader Xi, rejected the US’s characterizations, but in contrast to Trump’s adversarial tone, China tried to paint a picture where actually, they were the good guys, and just trying to defeat the pandemic responsibly. “We should follow the guidance of science, give full play to the leading role of the World Health Organization, and launch a joint international response to beat this pandemic,” Xi said in his address, through an interpreter. “Any attempt of politicizing the issue of stigmatization must be rejected.”

Of course, China silenced whistleblowers who spoke out in the early days of the pandemic, it delayed reporting the outbreak, and there are still questions about China’s level of cooperation with the WHO investigation into the origins of the virus. China has also deployed propaganda to try to blame the US for the coronavirus, too.

“We will never seek hegemonic expansion or sphere of influence,” Xi said in his speech, clearly a nod to Trump’s accusations. “We have no intention to fight either a cold war or a hot one with any country. We will continue to narrow differences and resolve disputes with others through dialogue and negotiation.”

Xi is framing China as a sort of responsible global partner and humble participant in the global order; he didn’t try to go tit-for-tat with the US. Instead, the leader of a country that is interning 1 million of its Uighur Muslim minority population, and has stifled democracy in Hong Kong, talked about the need “to join hands to uphold the values of peace, development, equity, justice, democracy, and freedom shared by all of us.”

The Trump administration isn’t wrong to call out China its misdeeds. (Trump did not mention Hong Kong or the Uighurs directly, though he warned against “religious persecution, and the ethnic cleansing of religious minorities.”) But the US also failed to offer an alternative vision of global leadership other than everyone looking out for themselves.

The UN and its agencies like the WHO are really the sum of their parts, which is a collective of member states. That makeup is also reflective of the geopolitical realities of the world: The richest and most powerful states tend to have the most leverage. That is, still, the United States, even as it doesn’t always claim to have that role.

There’s no doubt China’s influence is growing, but it is slightly overblown. But when the United States walks away from cooperative bodies — from the Paris climate accord to the WHO — it leaves behind a vacuum. China has hastened to fill it, and that, more than anything, is bolstering Beijing’s rise and influence. It gives China a chance to be a good guy — say, pledging $30 million to the WHO when the US threatened to withdraw, a fraction of the money the US provides annually. The Trump administration, in abandoning institutions for being too China-centric, is allowing them to become just that. It’s a self-fulfilling prophecy.

Again, this is not to say the US doesn’t have legitimate criticisms of the WHO, or China. But by refusing to work within the system, it is actively ceding leverage and losing credibility. Last week, in a discussion with reporters about the implications of the US leaving the WHO, Elizabeth Cousens, the president and CEO of the UN Foundation, said that even as the US is trying to push the WHO to reform, it’s “losing influence in that conversation because they’ve stepped off the field.”

The US can’t officially withdraw from the WHO until July 2021 because it must fulfill certain financial commitments through then. But that undermines trust in the United States as a reliable partner. China is happy to try to fill that gap.

And Trump’s anger at some of these multilateral institutions is somewhat misplaced. For all his “America is the best” rhetoric, he’s suggesting the United Nation bodies have powers that it just doesn’t have, in part because powerful member states don’t want it to. It’s not exactly like the US likes supranational bodies getting involved in its affairs.

The UN system is far from perfect. But as Stewart Patrick, an expert on global governance at the Council on Foreign Relations, told me before Trump’s speech, past presidents used to criticize the United Nations “more in sorrow than in anger” — in other words, this body is imperfect and needs to be reformed. But Trump’s wholesale rejection doesn’t achieve those ends. If America wants UN bodies to work for its interests, then it has to work within them, rally support, defend, and make the case for them. That’s what China tried to do on Tuesday.

China might not succeed in this because global cooperation is as much a means to an end, in this case to build up China as a great power.

Take the quest for an effective and safe Covid-19 vaccine. In Trump’s speech, he said: “We will distribute a vaccine. We will defeat the virus. We will end the pandemic. And we will enter a new era of unprecedented prosperity, cooperation, and peace.” What he notably didn’t mention were any specific commitments to the rest of the world.

Alternatively, Xi claimed China had a “safe and effective vaccine,” then added that “there is a particular need in terms of leadership for the leaders of this movement to cooperate and collaborate with the most vulnerable countries.” He also pledged $50 million to help the UN’s Covid-19 humanitarian response.

But here’s the thing: Neither the United States nor China is among the 156 countries participating in a WHO-linked initiative to invest in Covid-19 treatments and vaccines and distribute them equitably around the world. You might understand that from Trump’s speech, but not necessarily China’s.

And that’s the point: Actions matter. If the US wanted to make the case that China isn’t a good global partner, putting its weight behind a vaccine project would show China isn’t the responsible actor it claims to be. It would also be using multilateral institutions in the US’s interests. But the Trump administration has not done so — and it’s not stopping China from doing it, either.