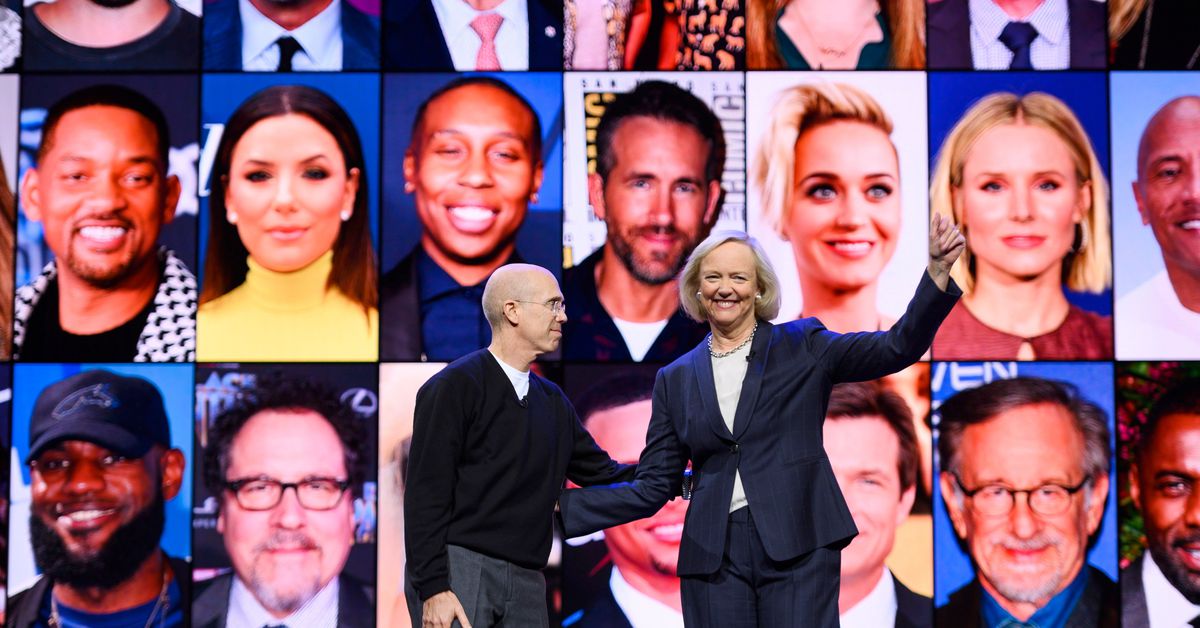 Quibi was supposed to be revolutionary: A video service that was supposed to fill the gap between YouTube and HBO by bringing short, “premium” clips starring celebrities like Liam Hemsworth and Chrissy Teigen to your phone, for a price.

But that was in the spring. Now, Quibi might be headed to a fire sale: Just six months after launching — and after raising $1.8 billion — Quibi has started looking for a buyer. It’s a stunning admission that the high-profile service hasn’t found enough traction to continue on its own.

Katzenberg declined to answer questions via email. His company insists, via a statement from a PR rep and in its pitch to would-be acquirers, that the service has had a successful launch, despite well-documented failures to attract users. The fact that it’s trying to find a buyer undercuts those arguments.

But the more practical question about Quibi now is what exactly a buyer would get. There’s some cash — a source familiar with the pitch says the company has said it has more than $200 million on-hand — as well as the tech Quibi built to bring its video to your phone. It’s particularly proud of what it calls its “turnstyle” system, where viewers can rotate their phone 90 degrees to see a different version of the video they were watching. Quibi’s engineering team might also be valuable to a certain kind of buyer.

Okay. But what about all those shows Quibi has? Those should be worth … something, right? Even if people didn’t watch them on Quibi, it’s possible to imagine they might watch them on a different service that already has lots of viewers.

Netflix, for instance, has demonstrated that once it takes a show and makes it available to its 200 million users, that show can become very popular, even if it wasn’t popular on its home network. Schitt’s Creek, the show that won seven Emmys, including for best comedy, last night, used to be on something called the Pop network, which you have likely never heard of — but Netflix made it a hit. Ditto for Cobra Kai, the Karate Kid spinoff which started out on YouTube but jumped to Netflix this summer and took off.

But the problem with that pitch when it comes to Quibi is that, in most cases, Quibi doesn’t actually own the shows it has paid for: It has licenses that last several years, at which point they go back to the companies that made them. (Disclosure: Vox Media produces shows for Quibi.)

So if you’re buying Quibi because you want to get your hands on The Most Dangerous Game, you’re going to have to take advantage of it in the near future. Which means you’re unlikely to value Quibi has highly as its managers and investors would like.

All of which is an astonishing place for Quibi to be in. There was a lot of skepticism in advance of the service’s launch in April — mostly because there hasn’t been a successful example of a paid, mobile-only video-streaming service. And also because there’s no shortage of other video options these days. And also because, contrary to Quibi’s marketing pitch — which argued that Quibi would help people pass the time while they waited in line for a sandwich or for their coffee to brew — people have plenty of other things they can do on their phones.

Still, it would have been hard to find someone who thought Quibi would be looking for a way out just a few months after it started. Katzenberg, a Hollywood veteran, is a famously relentless networker and promoter who had spent years putting this together. If he’s eyeing the exit this soon, something has gone very wrong.