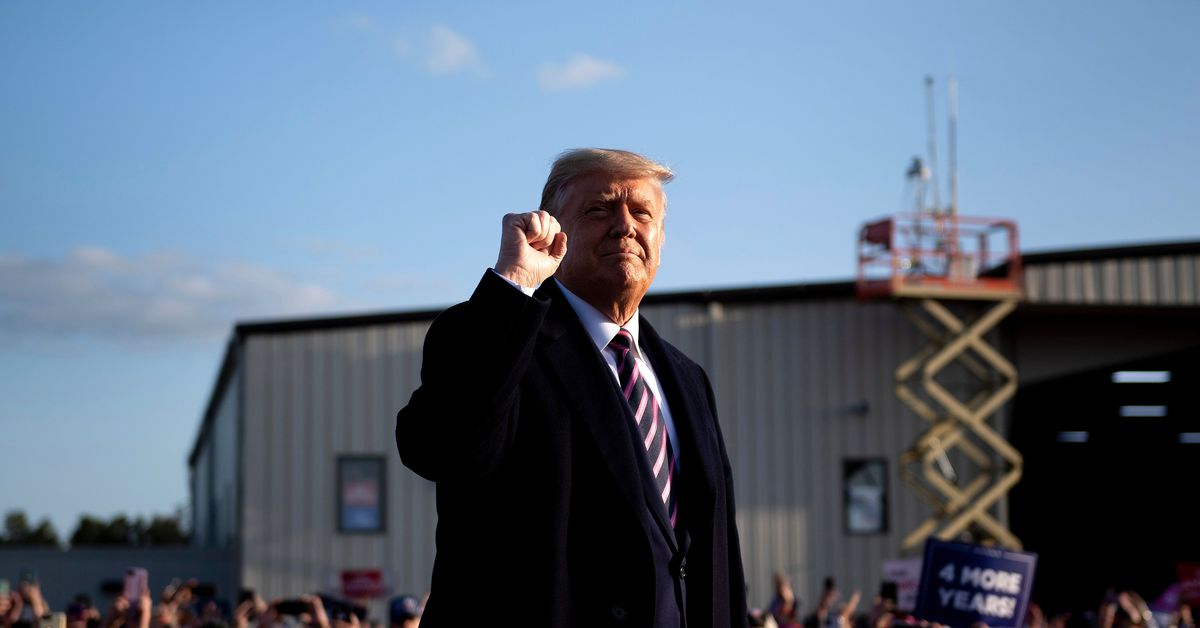 “We were put in this position of power and importance to make decisions for the people who so proudly elected us, the most important of which has long been considered to be the selection of United States Supreme Court Justices,” Trump tweeted. “We have this obligation, without delay!”

.@GOP We were put in this position of power and importance to make decisions for the people who so proudly elected us, the most important of which has long been considered to be the selection of United States Supreme Court Justices. We have this obligation, without delay!

He later told reporters at the White House he expects to nominate a justice next week, adding that he would likely pick a woman. “The choice of a woman I would say would certainly be appropriate,” he said. He again suggested he would nominate a woman at a rally in North Carolina Saturday night.

Ginsburg’s death gives Trump the opportunity to cement a six-justice conservative majority on the Supreme Court, a legacy that would far outlast one or two terms in office. Senate Majority Leader Mitch McConnell — who refused to hold a vote on a justice to replace Antonin Scalia after Scalia’s death in an election year — has already given his assurance that Trump’s nominee will get a vote.

Ginsburg’s dying wish, as told to her granddaughter, was that “I will not be replaced until a new president is installed.” But Trump and Senate Republicans are seemingly determined to push ahead.

The question is whether Trump will able to get a justice confirmed if he loses the presidency or control of the Senate on Election Day. And this question has many Republican lawmakers pressing the president to select a new justice quickly.

To stop a justice from being confirmed, Senate Democrats would need four Republicans to join them in blocking a nominee. And it’s far from certain they will be able to do that, as Vox’s Andrew Prokop writes. While some Republican senators, including Lisa Murkowski (R-AK) and Susan Collins (R-ME), are on record as opposing a vote on a hypothetical Supreme Court nominee just before an election, it’s not clear if there are enough of these senators to actually prevent a confirmation:

A few GOP senators are on the record saying they would oppose filling a Supreme Court vacancy this year. (The question has often been posed given McConnell’s refusal to hold a vote to replace Justice Antonin Scalia after he died in 2016, while Barack Obama was still president.) But, of course, those assurances were given when the question was hypothetical, and it’s far from clear whether these senators will stick to them in the face of what’s certain to be intense pressure from the right.

The United States is in the middle of one of the most consequential presidential elections of our lifetimes. It’s essential that all Americans are able to access clear, concise information on what the potential outcome of the election could mean for their lives, and the lives of their families and communities. That is our mission at Vox. But our distinctive brand of explanatory journalism takes resources. Even when the economy and the news advertising market recovers, your support will be a critical part of sustaining our resource-intensive work. If you have already contributed, thank you. If you haven’t, please consider helping everyone understand this presidential election: Contribute today from as little as $3.