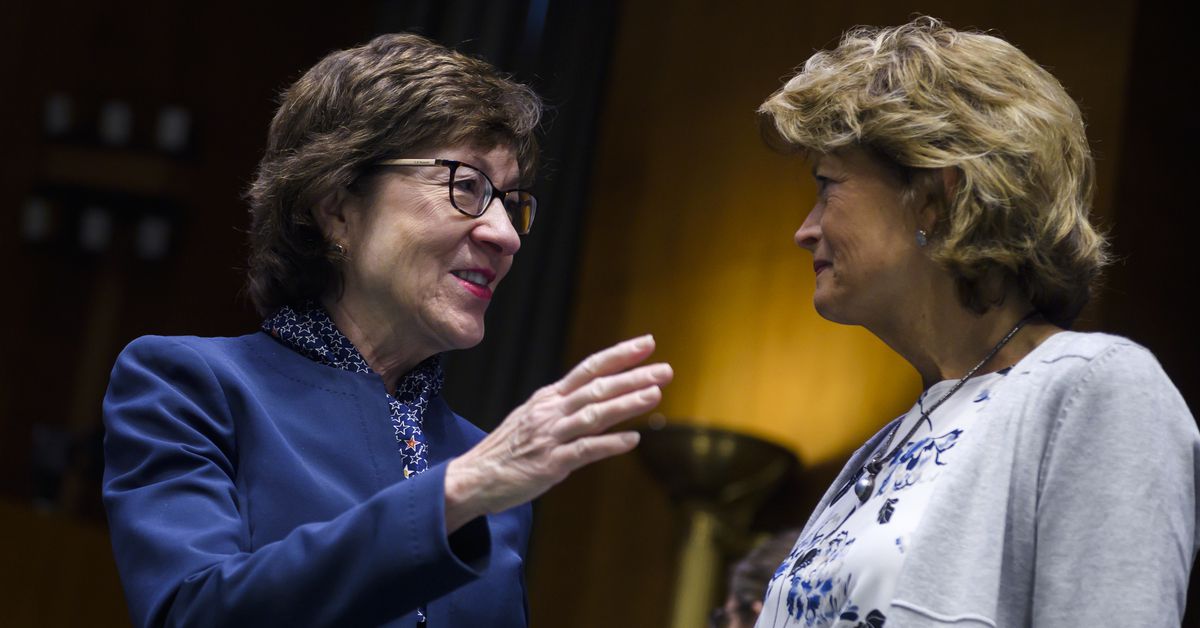 Sen. Susan Collins (R-ME) became the first Republican senator to call for the Senate to delay voting on a new Supreme Court justice until after voters choose the winner of the 2020 election on Saturday. On Sunday, Sen. Lisa Murkowski (R-AK) became the second.

“In fairness to the American people … the decision on a lifetime appointment to the Supreme Court should be made by the President who is elected on November 3rd,” Collins said in a statement Saturday.

However, the senator also said if Trump chooses a nominee, the Senate Judiciary Committee should begin “the process of reviewing his nominee’s credentials.”

Collins’s statements came one day after the death of Justice Ruth Bader Ginsburg. Earlier in September, the senator said she would not be in favor of replacing a justice in the weeks before an election, saying, “I think that’s too close, I really do.”

Saturday, Collins gave a similar rationale for her approach to growing calls from her Republican colleagues for a quick floor vote on a Trump nominee: “Given the proximity of the presidential election, however, I do not believe that the Senate should vote on the nominee prior to the election.”

Hours before Ginsburg’s death, Murkowski gave a similar statement, saying, “I would not vote to confirm a Supreme Court nominee. We are 50 some days away from an election.”

And Sunday, the senator from Alaska said she stands by those remarks: “What was then a hypothetical is now our reality, but my position has not changed,” she said in a statement.

Democrats have criticized Republicans for their push for a rapid replacement for Ginsburg, following a new rule Senate Majority Leader Mitch McConnell introduced in 2016. Ahead of that year’s election, he argued that then-President Barack Obama’s pick for a Supreme Court vacancy ought not to get a hearing in the Senate, but that any nomination should wait until after a new president was installed. This, he argued, would allow voters to have a fresh say in who was chosen to sit on the bench.

On Friday, however, McConnell said, “President Trump’s nominee will receive a vote on the floor of the United States Senate,” arguing the 2016 rule didn’t apply given that Republicans control the Senate and the White House. That control, he claimed, means that voters have given the GOP a mandate to choose justices as they see fit.

Ahead of their statements, whether Collins and Murkowski would support McConnell’s plans was an open question. Both are part of a small group of moderate senators who could block a potential Trump nominee. As Vox’s Andrew Prokop has explained, if four or more Republican senators decide the Senate should follow its new tradition and wait until after the election to seat a new justice, Trump’s nominee will be rejected — temporarily if he wins the election, and permanently if Democratic nominee Joe Biden were to win.

Collins and Murkowski may represent two votes, but Democrats hoping to block whoever Trump nominates will need two more. And they will need those votes quickly; Trump has indicated he plans to put forward a name “without delay.”