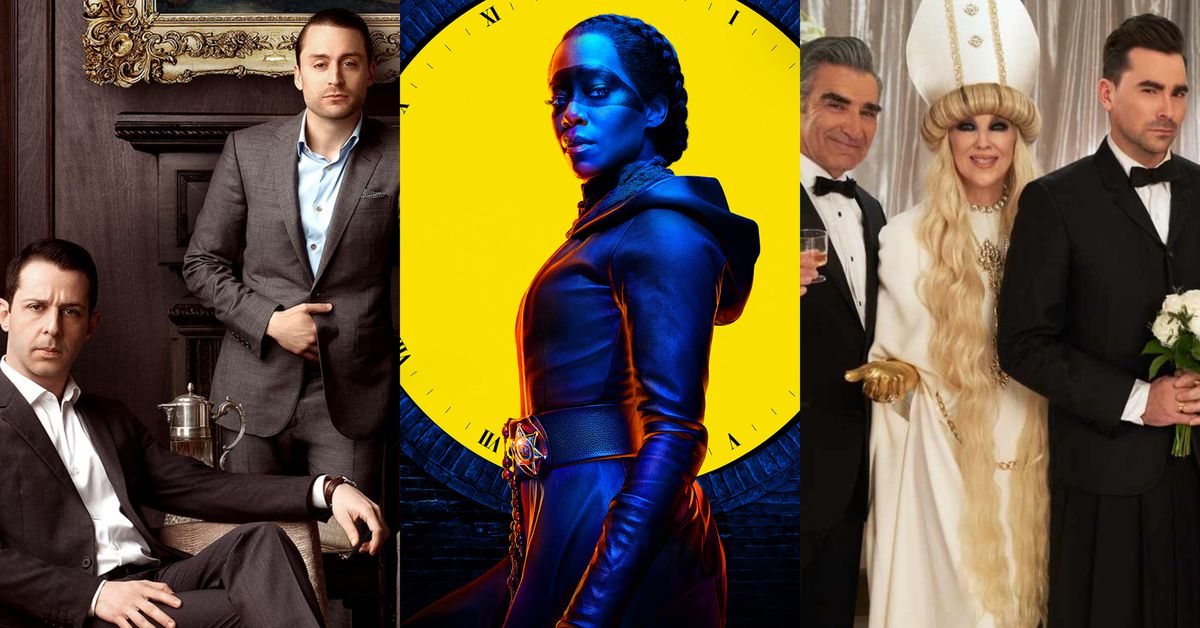 Despite the never-ending unpredictability of 2020, the Emmys are still happening. On Sunday, September 20, ABC’s Jimmy Kimmel will host the first-ever all-virtual edition of the annual awards show.

This year’s show will come with more than a few tweaks, thanks to the Covid-19 pandemic: Although Kimmel will host the ceremony in person at the Staples Center in Los Angeles, there won’t be a red carpet nor will there be a live audience. Wackiest of all is that there will be professional cameras placed in 130 different locations — including actors’ personal homes — so the producers will be able to cut to different nominees throughout the show. Where they “attend” from and whether there will be any notable fashion to critique is up to the nominees themselves.

Otherwise, as per usual, the best TV series from the last year will be celebrated in what will perhaps be a nice reminder of what was, back in the pre-pandemic days.

HBO’s Watchmen has the most nominations of any show with 26, including one for Outstanding Limited Series. It’s followed by Amazon’s The Marvelous Mrs. Maisel, which has 20 nominations. Netflix’s Ozark and HBO’s Succession are next in line, with 18 nominations each.

There are some notable open slots in the top categories. At the 2019 Emmys, the second and final season of Phoebe Waller-Bridge’s wonderful dramedy Fleabag won three big awards: Outstanding Comedy Series, Lead Actress in a Comedy Series, and Writing in a Comedy Series. Those honors will be up for grabs in 2020, and previous frontrunner and 2018 winner The Marvelous Mrs. Maisel should be a favorite. The beloved Schitt’s Creek, which aired its final season this year, might also make a splash.

Similarly, Game of Thrones won Best Drama Series for its final season in 2019, and its departure opens up the field a bit. Better Call Saul, Succession, and Pose, which were all nominated alongside Game of Thrones last year and have returned to the race in 2020, could benefit, based on their acclaimed recent seasons.

Below is the full list of 2020 Emmy nominees. (If you’re interested, you can — and should — watch the Television Academy announce the nominees in an archived, truly chaotic livestream that was hosted in July by a livewire Leslie Jones.)

We’ll find out who among them wins on Sunday, when the 2020 Emmy Awards air on ABC at 8 pm Eastern. Fingers crossed nothing too messy happens during the show.

What We Do in the Shadows

The Daily Show with Trevor Noah

The Late Show with Stephen Colbert

Christina Applegate, Dead to Me

Linda Cardellini, Dead to Me

Sterling K. Brown, This Is Us

Octavia Spencer, Self Made

Mark Ruffalo, I Know This Much Is True

Cicely Tyson, How to Get Away with Murder

Phylicia Rashad, This Is Us

Ron Cephas, This Is Us