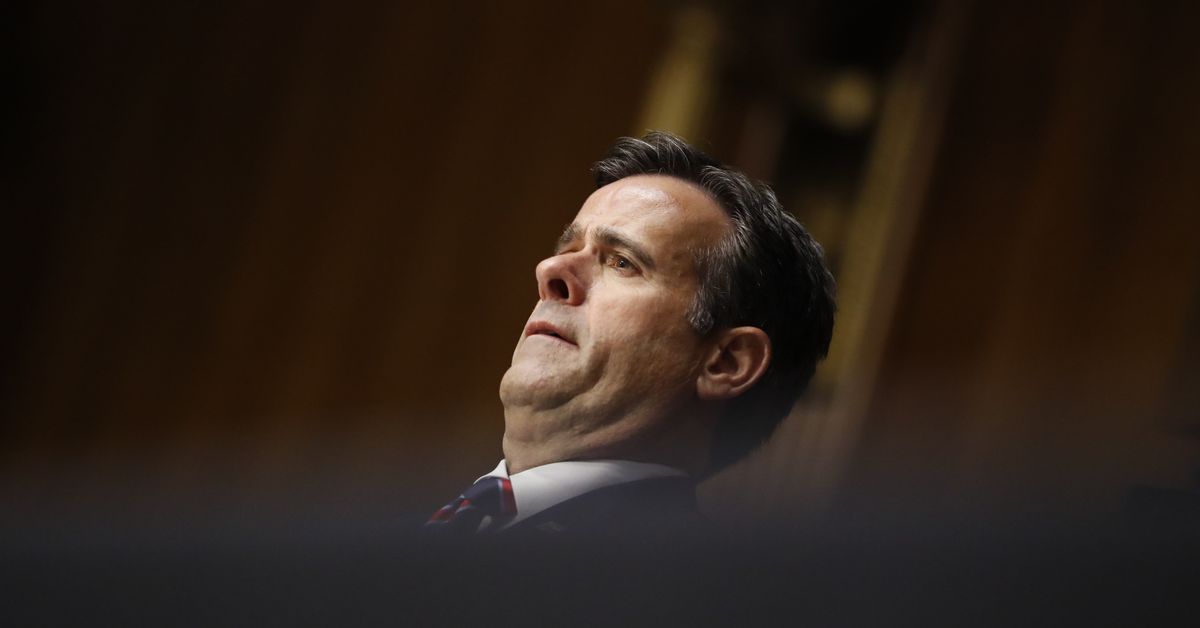 The Office of the Director of National Intelligence (ODNI) told Congress that it would no longer deliver in-person election security briefings, a move that’s angered lawmakers as Election Day approaches.

The change could make it more difficult for members of Congress to ask detailed questions about election security or press officials on their findings, a worrisome proposition for oversight in a year when foreign meddling has already been confirmed.

Director of National Intelligence John Ratcliffe, a Trump loyalist confirmed to the position in May, informed members of the House and Senate Friday of the change, noting they will continue to provide members with written updates. Ratcliffe explained to congressional leaders that the move is to prevent “unauthorized disclosures,” a.k.a. leaks, of sensitive information by members of Congress, which he suggested was taking place. (He didn’t explain why verbal briefings would be subject to leaks but written briefings would not.)

“I believe this approach helps ensure, to the maximum extent possible, that the information ODNI provides Congress in support of your oversight responsibilities on elections security, foreign malign influence, and election interference is not misunderstood nor politicized,” Ratcliffe wrote in a letter dated August 28. “It will also better protect our sources and methods and most sensitive intelligence from additional unauthorized disclosures or misuse.”

CNN, citing an ODNI official, reported that other intelligence entities that play a role in election security, including the FBI and Department of Homeland Security, will continue to brief lawmakers.

But lawmakers directly pushed back against Ratcliffe’s decision, with most of the criticism came from Democrats who called the decision “outrageous.”

“The Office of the Director of National Intelligence has an obligation to brief Congress on threats to our elections. Director Ratcliffe’s outrageous decision to stop providing briefings to Congress is an unprecedented attempt to politicize an issue — protecting our democracy from foreign intervention — that should be non-partisan,” Sen. Mark Warner (D-VA), vice chairman of the Senate Select Committee on Intelligence, said in a statement.

Speaker of the House Nancy Pelosi (D-CA) and Rep. Adam Schiff (D-CA), chair of the House Intelligence Committee, said in a joint statement that the DNI’s decision is “a shocking abdication of its lawful responsibility to keep the Congress currently informed, and a betrayal of the public’s right to know how foreign powers are trying to subvert our democracy.” They added that the ODNI had canceled an election briefing for lawmakers scheduled in mid-September.

As for Republicans, Sen. Ron Johnson (R-WI) said the change was being “blown out of proportion.” Sen. Marco Rubio (R-FL), the acting chair of the Senate Intelligence Committee also accused member of Congress of leaking and politicizing information, but said in a statement that that “does not release the intelligence community from fulfilling its legal requirements to respond to Congressional oversight committees and to keep members of Congress fully informed of relevant information on a timely basis.”

This change — with just two months until election day — comes after the National Counterintelligence and Security Center Director William Evanina confirmed in August that foreign actors were attempting to influence the 2020 election, calling out Russia, China, and Iran. The ODNI acknowledged that “Russia is using a range of measures to primarily denigrate former Vice President Biden,” but said China and Iran preferred Biden. Some Democrats had urged intelligence officials to release more information publicly so American voters could be on guard against election interference.

The ODNI’s decision to switch to mostly written briefings likely means intelligence officials will get to more tightly control what information is included in those reports. It’s not clear how thorough those briefings will be, and that may limit what details Congress and the public know about election security weeks before the election. Rep. Schiff has suggested that Congress could subpoena the information, if necessary.