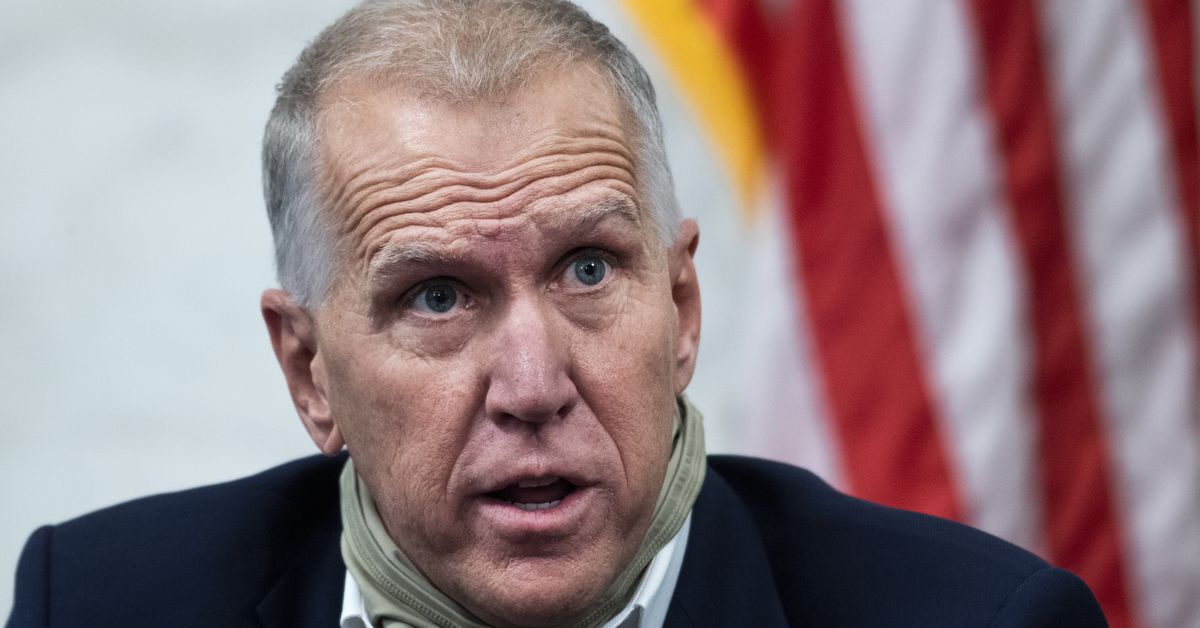 Cal Cunningham, the Democratic candidate in North Carolina’s US Senate race, pointed out that the US is capable of coming together for the national good — just not, apparently, on Covid-19.

“If it had been a terrorist attack, there would have been an address to the nation, probably to a joint session of Congress. There would not have been a hesitation to invoke things like the Defense Production Act,” Cunningham, a military veteran, told me in a phone interview. “There would have been clear communication from the top to every corner of America about how we fight that enemy. Here, we were told it was a hoax.”

So I followed up: Why do you think this administration is treating the pandemic different from a terrorist attack?

He says that he has been “incredibly laser-focused on Senator [Thom] Tillis and the role a senator should play in a moment like this” — one that he’s found lacking.

Cunningham contrasted Tillis with Sen. Tom Cotton, a resolute conservative who still, to his credit, warned about the need to prepare for the worst after sitting in on a classified briefing in January about the Covid-19 threat.

“My guy, the person I hold accountable in this race, was not one of them,” Cunningham argued to me. “He has demonstrated an unwillingness and an inability to ask the tough questions when a US senator, in a coequal branch of government, should be doing exactly that.”

With a deftness that reminded me of Joe Biden’s convention speech, when the Democratic nominee never once named his opponent while still panning his record, Cunningham made clear the problems with President Trump’s approach to the pandemic — nobody else in a position of power was calling the coronavirus a “hoax” or hesitated to invoke the DPA — and yet when given the chance, he elided any more direct criticisms of Trump and instead stayed “laser-focused” on his own Republican opponent.

Cunningham’s critique overall — directed at the federal government broadly and Tillis specifically, with glancing blows to the man in the White House — was represented in his explanation of how his military experience had informed his own beliefs about crisis response:

So I was curious: How are other Democratic hopefuls running against Republican incumbents in key swing states talking about Covid-19 and Trump? As it turns out, several of them sound a lot like Cunningham.

Take this ad from Theresa Greenfield, running against Sen. Joni Ernst in Iowa. She starts off by saying the Covid-19 pandemic had revealed “the worst in Washington” before transitioning into a populist critique portraying the original GOP Senate coronavirus relief package as a slush fund for corporate America (the same words used by Senate Democrats at the time, Politico reported).

Neither Donald Trump’s visage nor his name appears.

A new ad from Jon Ossoff, the Democrat challenging Sen. David Perdue in Georgia, likewise eschews any direct attack on Trump while still making his meaning perfectly clear. Ossoff says straight to the camera, after reminding viewers his wife who works at a hospital tested positive for Covid-19, that we need to listen to medical experts, we need a national testing strategy, and “we” need to stop politicizing masks.

Sara Gideon, running against Sen. Susan Collins in Maine, wrote a whole op-ed in the Portland Press Herald lamenting the shortcomings of “Washington’s COVID response.” The Trump administration doesn’t get mentioned until one of the last paragraphs, lumped together with Washington Republicans who “have focused on winning partisan fights and allowing the wealthy and well-connected to skip to the front of the line.”