Voice of America reporters: Trump-backed CEO “is failing” the US 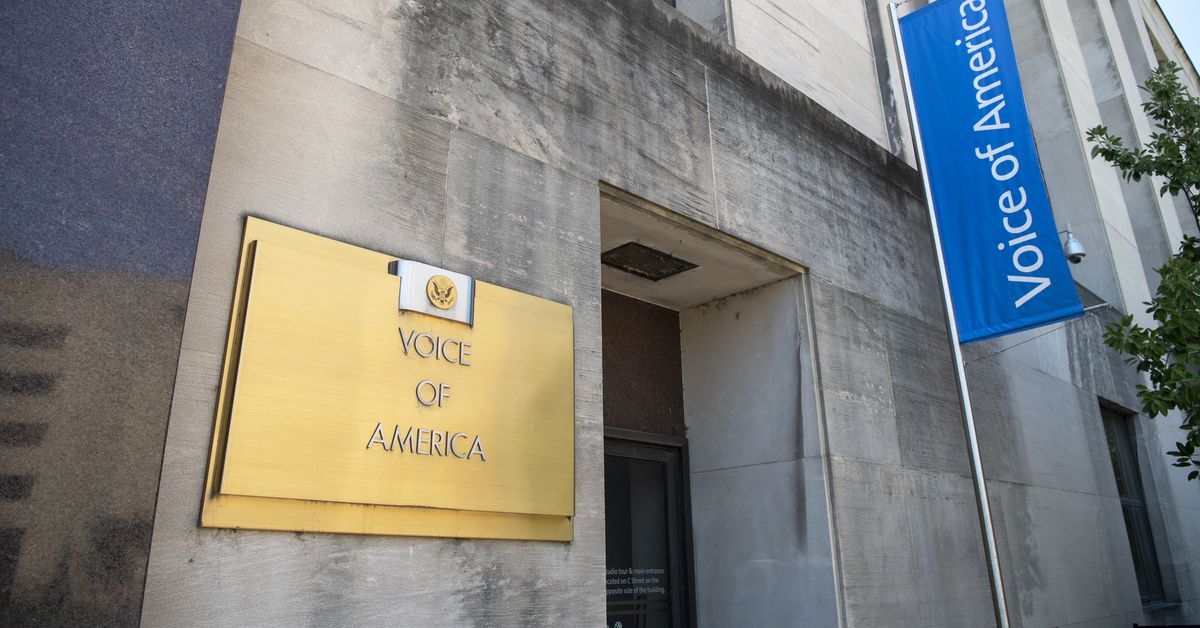 The tenure of the Steve Bannon ally who President Donald Trump appointed to run the vast global network of news agencies operated by the US government is going about as well you’d expect. That is to say: not well at all, if you ask top reporters at one of the most prestigious outlets he now manages.

On Monday, 14 reporters at Voice of America sent a letter to their acting editor to sharply rebuke Michael Pack, the CEO of the US Agency for Global Media, for his controversial campaign to — as he put it last week — “drain the swamp.”

“We fear that the current USAGM leadership is failing not only the news organizations … and our audiences, but also our stakeholders, including the American public,” reads the letter, signed by VOA Washington editor Aru Pande, White House bureau chief Steve Herman, Islamabad bureau chief Ayesha Tanzeem, and others. “Michael Pack’s actions risk crippling programs and projects for some countries that are considered national security priorities.”

Pack has made a series of eyebrow-raising moves that have many suspecting he aims to turn the taxpayer-funded USAGM into a pro-Trump shop.

USAGM, which oversees VOA, Middle East Broadcasting, Radio Free Asia, Radio Free Europe/Radio Liberty, and the Office of Cuba Broadcasting, had its problems before Pack arrived. For instance, many stories run by those organizations have a pro-US bent, leading some to say they remain in the propaganda business, as opposed to the objective reporting business, like they were during World War II and the Cold War.

But Pack’s moves to reshape the agency have experts — and now his own reporters — worried. Among other things, he replaced the editors of four outlets at the agency within hours of becoming the Senate-confirmed CEO in June and fired senior officials for pointing out possible violations of the “firewall” that protects USAGM reporters from political interference.

Listen to Pack describe what he’s up to, and he defends taking action to rid the government agency of an alleged left-wing bent, deep-state plants, and foreign spies — even though he has provided no clear evidence for the presence of any of those.

“My job really is to drain the swamp, to root out corruption, and to deal with these issues of bias,” he said on The Federalist Radio Hour podcast last week, joking with the host that he’d “look into” doing so by turning off the air conditioning or banning masks. However, he did say it was not his goal “to tell journalists what to report” and that he’s not purging employees.

Later in the interview, Pack said, “Foreign intelligence agencies from the beginning of the creation of these agencies have been interested in penetrating them. To be a journalist is a great cover for a spy,” though he said he’s unaware of any staffer with ties to foreign intelligence, blaming that lack of knowledge on poor security screenings at the agency.

Such statements led to Monday’s letter from VOA reporters.

“Many of us have repeatedly put ourselves in harm’s way abroad for our audiences of several hundred million people in nearly 50 languages,” the signatories wrote, and therefore “insist on competent and professional oversight” from their leaders in accordance with federal law.

The letter, obtained by Vox and others, puts a months-long internal fight for the future of US broadcasting out into the open.

What’s happening at USAGM isn’t just a disagreement about how one government agency operates, but also about how America represents itself to the world and the model it sets for other nations.

As I’ve previously written, these outlets were created “to disseminate factual, unbiased news to people who live in countries where freedom of the press is either strongly curtailed or nonexistent.”