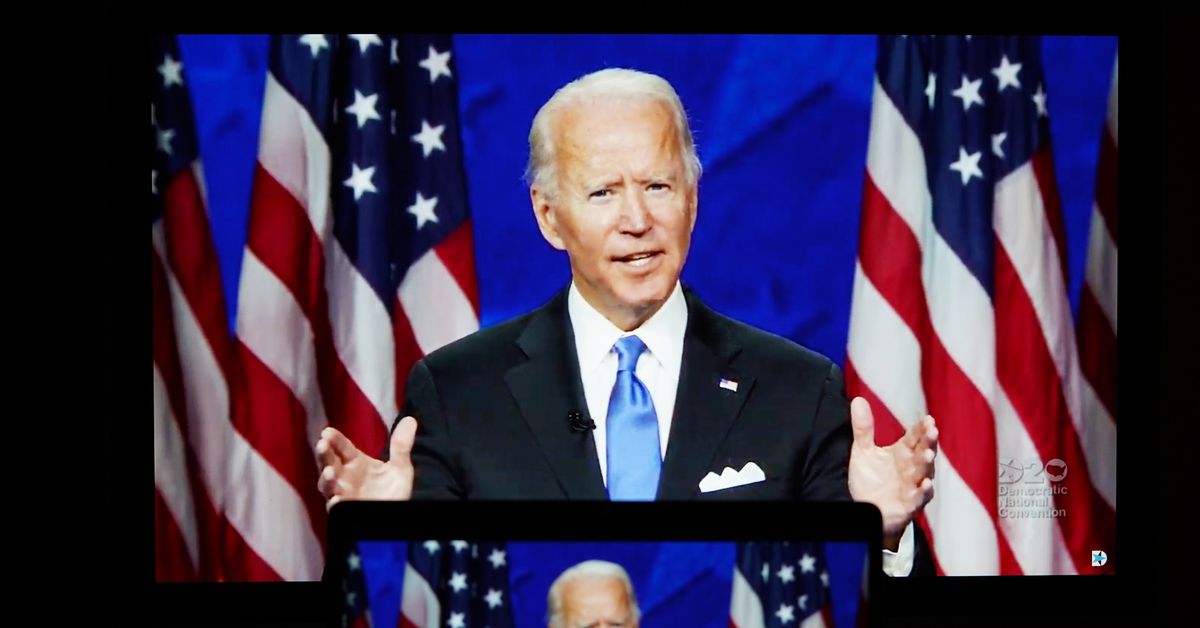 The Republican National Convention may have ended with a literal bang — fireworks spelling out “Trump 2020” — on Thursday last week, but according to a new post-convention ABC News-Ipsos poll, President Donald Trump isn’t getting much of a convention bounce — at least when it comes to his approval rating.

Historically, presidential candidates see notable, though frequently ephemeral, increases in their polling following their party’s conventions. For instance, in 2016, Gallup found Trump’s approval rating rose about 5 percentage points following the GOP convention, before falling ahead of the election.

However, this year, Ipsos pollsters found Trump’s overall approval rating to be essentially the same as it was ahead of the GOP’s convention, falling 1 percentage point from the previous week to 31 percent.

The poll, taken from August 28 to 29, also found Americans were not won over by the convention’s message, with 59 percent of Americans disapproving of the content of the RNC’s four nights of programming, versus the 37 percent who approved. Overall, 48 percent of Americans reported that they watched, fewer than said they tuned in for the Democratic National Convention the week prior.

Throughout his presidency, Trump has not enjoyed particularly high favorability ratings (although he has maintained strong Republican support). His numbers, however, have been largely durable — and these most recent numbers, while a bit lower than the average tabulated by FiveThirtyEight, reflect that stability. Setting aside Trump’s favorability rating — by no means a perfect cipher for actual support — of perhaps greater concern for the president is that his polling deficit against Democratic nominee Joe Biden has remained all but static in FiveThirtyEight’s national polling average in recent weeks.

From August 22, the Saturday after the DNC, to August 29, the Saturday after the RNC, Biden’s lead has barely changed, moving from from 8.8 percentage points to 8.6 percentage points. Pollsters are still collecting data to determine whether the convention altered any voter preferences — but that gap is a reminder how beneficial a post-convention polling bounce with respect to who voters plan to cast their ballots for would be to his campaign.

As FiveThirtyEight’s Geoffrey Skelley pointed out as far back as early July this year, there are plenty of questions about whether the importance of the convention bounce is fading as the American electorate grows increasingly polarized. This year’s virtual conventions — absent much of the usual pageantry seen in a normal presidential year — could also have dampened some of the factors behind past bounces.

But, with respect to approval, the “no bounce” theory doesn’t necessarily square with what the ABC News-Ipsos poll shows for Biden. While Trump’s favorability is sliding, Biden’s has ticked steadily upward in August. The former vice president now stands at 46 percent according to ABC News and Ipsos, with 40 percent disapproval.

Democratic vice presidential nominee Sen. Kamala Harris has fared ever better, vaulting from just 35 percent favorability when she was announced as Biden’s VP pick on August 11 to 43 percent in the most recent poll.

If a spree of Sunday-morning retweets are anything to go by, however, Trump is a believer in the bounce — and in the ABC/Ipsos results being an outlier. The president boosted tweets and analysis from right-wing Twitter account @PollWatch2020 more than twenty times, including polls from the Democracy Institute and the Trafalgar Group showing him winning nationally and in key swing states.

There’s plenty of reason to be doubtful of those numbers, though: The Trafalgar Group gets a C- in FiveThirtyEight’s pollster ratings, and the Democracy Institute isn’t even listed.