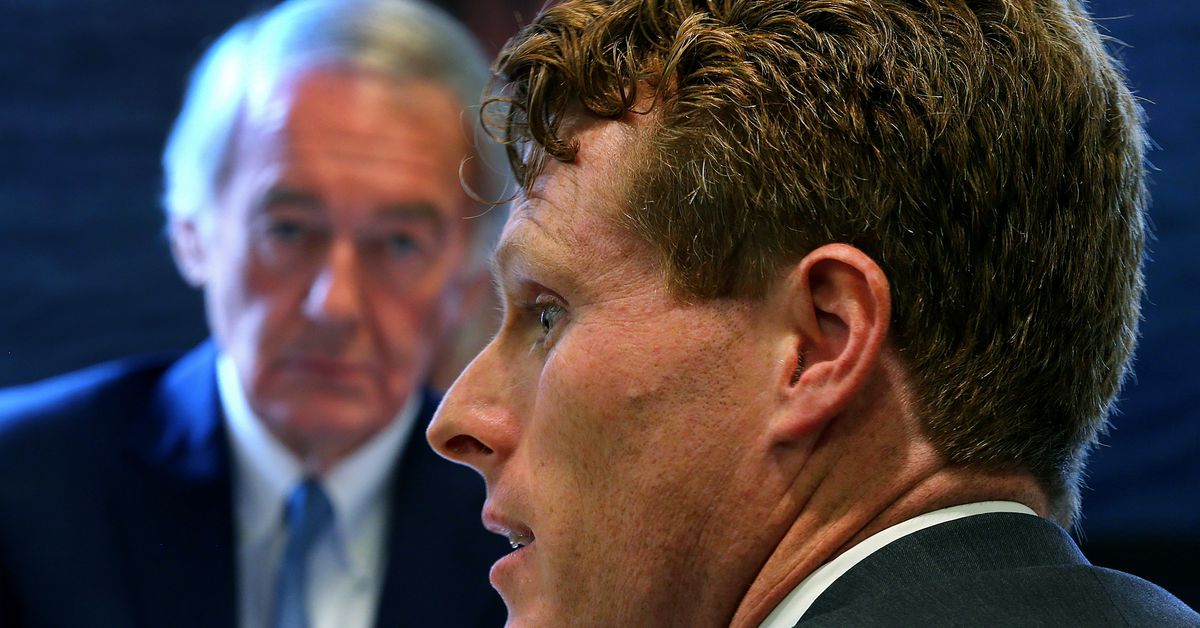 Voters have their last chance to weigh in on one of the country’s most head-scratching primary races this Tuesday, September 1.

Last year, Rep. Joe Kennedy (D-MA), a four-term congressman and scion of one of the US’s most famous political families, announced that he would challenge sitting Sen. Ed Markey (D-MA), who’s up for reelection this fall. What Kennedy has struggled to articulate since then, however, is why he’s doing so. Although he’s emphasized a commitment to the people of Massachusetts, and framed his candidacy as one advancing generational change, Kennedy’s bid has still left many confused.

“He has never answered the question of ‘why he’s running’ well,” says Erin O’Brien, a political science professor at University of Massachusetts Boston, who had her own theory. “That’s because his answer isn’t one that flies in politics: The answer is ‘I’m ambitious,’ and he perceives Ed Markey as easier to beat than an open Senate race against someone like Ayanna Pressley, Maura Healey, or Katherine Clark [down the line].”

Kennedy has said his run is about advocating for Massachusetts residents in a more effective way than Markey has, particularly on issues of racial justice and matters important to underrepresented communities. “People deserve to have representation that’s going to fight for them,” Kennedy recently told the Boston Globe. He’s also highlighted data showing Markey spent less time in the state than other members of the Massachusetts congressional delegation.

Markey has centered his campaign around his longstanding work on the environment, and dedication to advancing progressive policies including the Green New Deal, which he cosponsored. His team has also focused on digital organizing, and built a devoted following among younger voters in the process.

One of the efforts they’ve launched is the Markey Map, which features examples of the funding and policies the senator has secured for his constituents. “I work very hard in order to make sure that I deliver for the people of Massachusetts,” Markey stressed in an August debate.

Unlike in a number of House challenges that have taken place in recent years, Kennedy doesn’t exactly have a clear ideological case. Kennedy isn’t running at Markey from the left, nor do the two differ significantly on most policy positions. Both are white men who identify as progressives, and Markey’s the one who’s seen as having stronger bona fides, given his work on climate.

The biggest differences between the two include age, as well as their national political profiles. Markey is currently 74 and known as a policy wonk who has steadily worked on a slate of core issues for more than four decades in Congress. Kennedy is 39 and potentially a more visible liberal leader in the Senate, in part, because of his family’s legacy.

“It’s been a weird campaign, and I think it’s surprised not just the candidates themselves, but everyone in the state,” says Tatishe Nteta, a political science professor at University Massachusetts Amherst.

In some ways, the race has come to mirror some of the national divides between progressives and the Democratic establishment — though it’s not an exact parallel.

Markey, for example, has garnered backing from a number of progressive organizations and figures because of his track record. A leader on environmental issues, he’s been endorsed by fellow Green New Deal sponsor Rep. Alexandria Ocasio-Cortez (D-NY), as well as Sen. Elizabeth Warren (D-MA) — and gained support from many progressive groups including the Sunrise Movement, the Progressive Change Campaign Committee, and Progressive Massachusetts.

During his 18 terms in the House, and seven years in the Senate, Markey has established himself as a lawmaker willing to push for more aggressive environmental policies including fuel economy regulation, an ambitious cap-and-trade bill, and the Green New Deal — which is focused on significantly dialing up investments in clean energy. His legislative record demonstrates a commitment to leading on this issue, his supporters say.