Donald Trump is the president 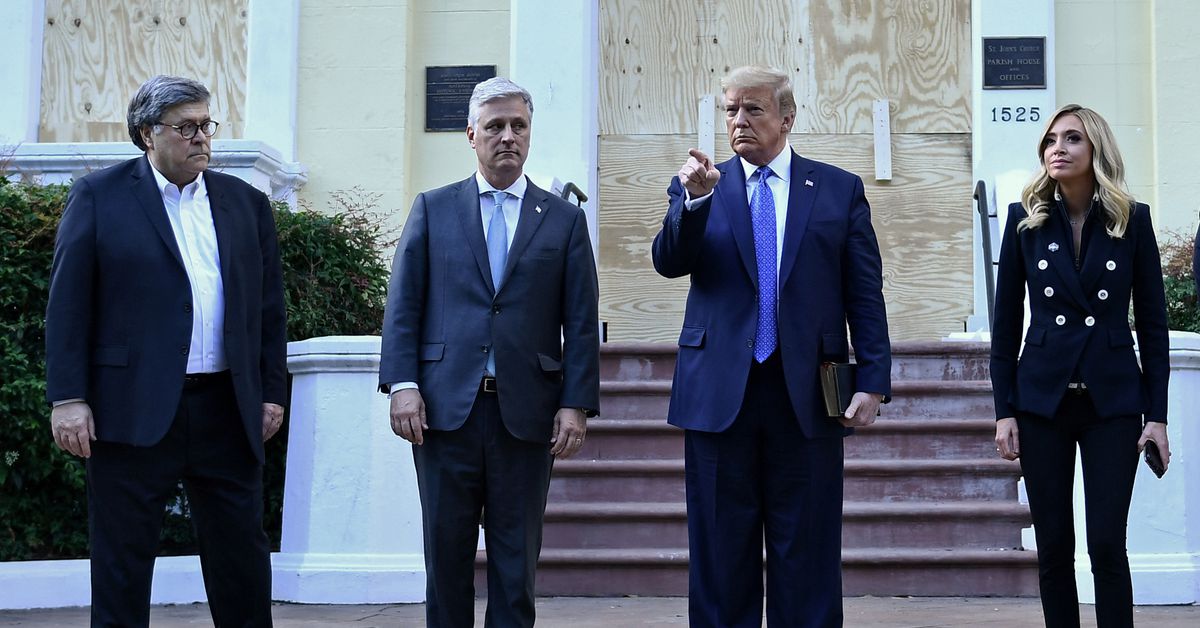 Speaking from the convention stage in Cleveland in 2016, Donald Trump made a solemn promise to the American people: that “the crime and violence that today afflicts our nation will soon come to an end. Beginning on January 20, 2017, safety will be restored.”

It was, at the time, a striking promise. Starting in 1994, the US murder rate had fallen consistently for 20 years. Violent crime had fallen so much that nobody talked about it anymore as a political issue, and the “tough on crime” politics of the 1980s and 1990s was widely viewed as embarrassing.

After Michael Brown’s death at the hands of police in Ferguson, Missouri, the mainstream conversation in the United States was about criminal justice reform, not reducing crime. But crime went up a bit in 2015 and then up by a larger amount in 2016. Progressives didn’t really want to talk about it, but Trump — a man who seems unafraid to be seen as an embarrassing throwback to the 1980s — did.

It’s not entirely clear how many voters found this particular gambit persuasive and appealing, but obviously Trump thinks it works because he’s saying the same stuff again. And if Trump were just some guy on Twitter, that would make sense: Murder is on the rise again after ticking down for a few years, and acts of looting and vandalism are occurring in cities across the country.

But Donald Trump is the president of the United States.

He promised four years ago to restore safety and bring law and order to our streets. He never bothered to articulate a message about how he would do that, but it didn’t matter. He was the “law and order” candidate. But today he’s a candidate with a record. A record of rising crime and urban disorder, and a record that makes it clear he has no idea how to make any of it better — and is intervening in several ways to make it worse.

One of the greatest oddities of the 2020 election season is that while it offers many examples of Republicans accusing Democrats of wanting to “defund” the police, the exact opposite is happening on a policymaking level.

Trump has been very critical of the 1994 crime bill and the 2009 economic recovery act, both of which increased federal support for local police. He’s also submitted four budget proposals to Congress, each of which proposed cuts in police spending. More to the point, right now politicians are debating what to do about the expiration of bonus unemployment insurance money that was provided by the CARES Act.

Democrats and Republicans are arguing, in part, about the structure of UI benefits. But they are also arguing about Democrats’ desire to provide state and local government with a massive injection of emergency aid money to plug giant budget holes created by the Covid-19 pandemic. With no aid forthcoming due to GOP opposition, cities are cutting budgets.

And while the abstract defunding debate plays out among intellectuals, real cities are cutting. Not just liberal enclaves, either. Oklahoma City, one of the most conservative cities in America, is cutting its police budget because it’s cutting spending across the board.

If you believe in the empirical evidence that more cops equals less crime — which Trump seems to pretend to — then this trend would appear to make America less safe. And that’s only more so the case, given that the cutbacks in policing will be paired with cuts to mental health and other social services and occur at a time of high unemployment. But while Trump undermines public safety, he also undermines citizens’ efforts to demand accountability for the actions of law enforcement officers.

From day one, the administration’s standpoint has been to deny that any increased accountability from police is needed. In February 2017, then-Attorney General Jeff Sessions announced that the administration would no longer pursue civil rights lawsuits or investigations of alleged police abuses. Sessions characterized federal consent decrees, a powerful tool DOJ can use to fight abuses, as “an insult.” In August, he reversed course on another Obama-era policy and restarted the flow of military equipment to police departments.