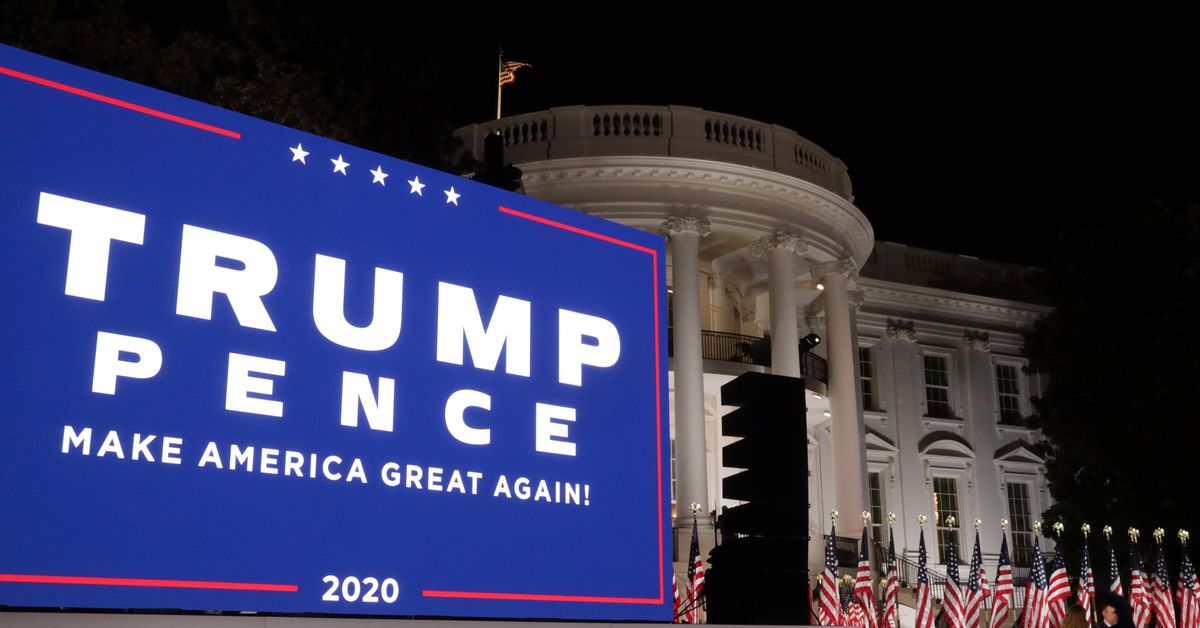 But the optics of it were striking — for all the wrong reasons.

Trump shredded norms and laws like the Hatch Act that have restrained previous presidents from using public property as a political prop, and delivered his speech from the White House. The result was gauche images of “TRUMP/PENCE” signs on property that isn’t supposed to belong to any political party.

While the president and vice president are technically immune from the Hatch Act, federal employees who helped stage the RNC are not. But on a deeper level, the decision to hold a political convention at the White House is an affront to the principle that it’s wrong for elected officials to use their offices for campaigning.

Walter Shaub, former director of the United States Office of Government Ethics, described Trump’s decision to have the RNC at the White House as an “abomination” that “may be the most visible misuse of official position for private gain in America’s history.”

This abomination may be the most visible misuse of official position for private gain in America’s history. It is an abuse of the power entrusted to this man, the breach of a sacred trust. It is the civic equivalent of a mortal sin—maybe a religious one too. And it is a harbinger pic.twitter.com/UryxiQTyv0

During his speech, Trump paid lip service to the history of the White House, which he described as “known all over the world as the people’s house,” but he was shameless about using it as a campaign prop.

At one point, Trump even seemed to mock critics like Shaub.

“The fact is, I’m here — what’s the name of that building?” he said, pointing to the White House. “The fact is, we’re here and they’re not.”

In a statement sent to Vox, Jordan Libowitz, communications director for Citizens for Responsibility and Ethics in Washington (CREW), noted that “history is littered with totalitarians who used their government as political props.”

“With Trump’s show in front of the White House — the climax of a three-and-a-half year crescendo of attacking the foundations of our democracy — we saw something we’ve never seen before,” he added. “And it’s terrifying.”

The corruption involved in using the White House for partisan campaigning wasn’t the only respect in which the optics of Trump’s speech were disturbing.

Trump defended his administration’s response to the coronavirus pandemic, but the crisis still didn’t play a major role in the president’s speech. That was for good reason — the US government’s response has been uniquely bad among developed democracies, and the still-mounting death toll just passed 180,000. The less the campaign is about Covid-19, the better for Trump.

But Trump’s desire to downplay the pandemic and the RNC’s effort to portray it in the past tense resulted in more than 1,000 people sitting on the White House grounds to listen to a string of speeches, without social distancing and with very few masks.

For those who care about the rule of law and public health, Trump’s speech was an ugly affair. But as Lincoln Project senior adviser Tom Nichols noted, the images of power it projected are powerful and could work to Trump’s benefit.

The speech is basically a rally rehash. But the backdrop is dramatic, and has a strong visual influence, which might be a reason that you’re not supposed to be able to use the official resources of the government as a campaign prop.