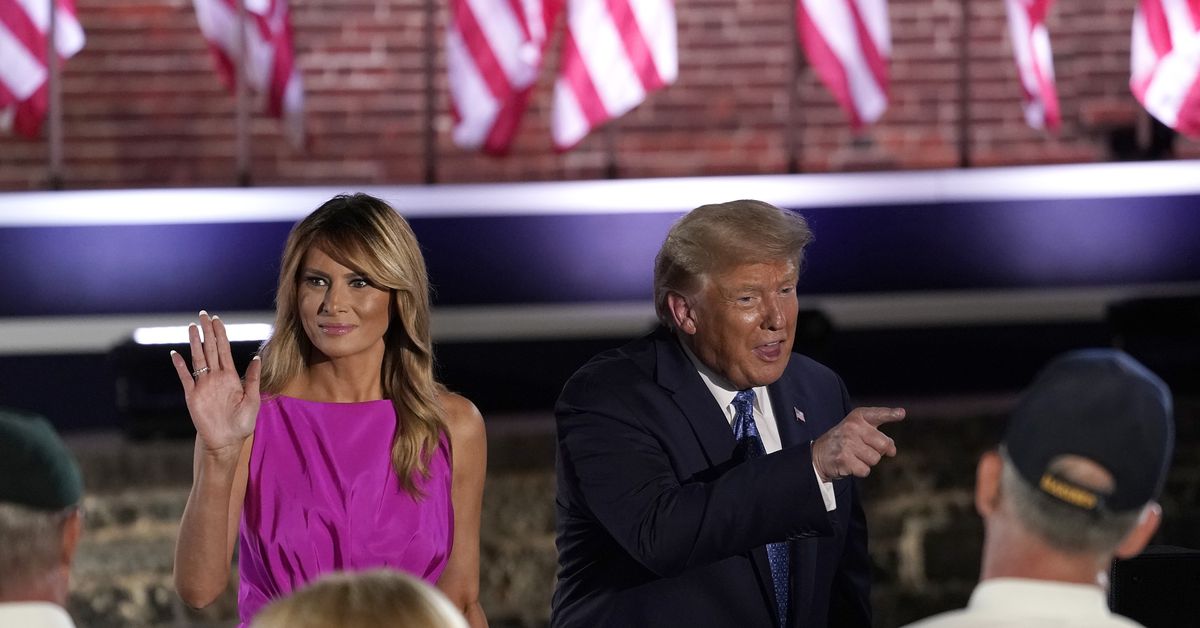 The Republican National Committee abandoned its plans to hold a large-scale, in-person convention in Charlotte, North Carolina — as well as its subsequent plans to relocate the convention to Jacksonville, Florida — on account of concerns about the coronavirus pandemic. The convention has consequently gone almost entirely virtual and largely taken place in Washington, DC, including speeches delivered from the White House lawn and the Andrew W. Mellon Auditorium, over just a few hours of condensed programming that has been broadcast nightly.

The theme of Thursday night is “Land of Greatness.” The official proceedings go from 8:30 to 11 pm ET. All major television networks will broadcast the final hour; the full program will be available on social media sites such as Facebook, Twitter, YouTube, and Twitch, as well as streaming services including Amazon Prime Video.

The first three days of the convention have featured remarks from both Trump and Vice President Mike Pence, followed by others from the president’s family and allies, including Donald Trump Jr. and White House adviser Kellyanne Conway.

On the third night of the convention, on the heels of shootings in Kenosha, Wisconsin, Pence delivered a speech claiming that Trump is the only one who can quell the violence, warning, “You won’t be safe in Joe Biden’s America.” The second night of the convention featured more remarks from Trump family members, including a speech by first lady Melania Trump, and while the theme of night one hearkened back to the “American Carnage” speech given by Trump in 2016, night two celebrated a sanitized version of Trump aimed at swing-state voters.

The appearances have all led up to Trump accepting the nomination on Thursday night from the White House — a break from tradition that some legal and ethics experts argue is a violation of the Hatch Act, which prohibits the use of government property for political activities.

Here’s the lineup of speakers for Thursday night (which is subject to change) in the order they are scheduled to appear:

Graham is the son of the late Rev. Billy Graham, an evangelist who served as a spiritual adviser to a number of presidents, and the president and CEO of the Billy Graham Evangelistic Association. His relative Cissie Graham Lynch also spoke during the second night of the RNC.

McCarthy was elected to Congress in 2006 and become the Republican leader in the House in 2014.

Smith has advised Trump on domestic policy since April 2019 and previously served in the White House as an urban affairs policy adviser. He also worked for Pence while he was in the US House and Sen. Tim Scott of South Carolina. Trump has reportedly referred to him as “my star.”

Van Drew was elected to Congress in 2018 and previously served as a New Jersey state senator. He previously identified as a Democrat but officially changed his party affiliation in January because he disagreed with Democrats’ impeachment of Trump.

Mayfield is the president of Thermal Services, a heating, ventilation, and air conditioning company in Omaha, Nebraska.