The Short, Troubling Life of the Intentional Food Waste Meme 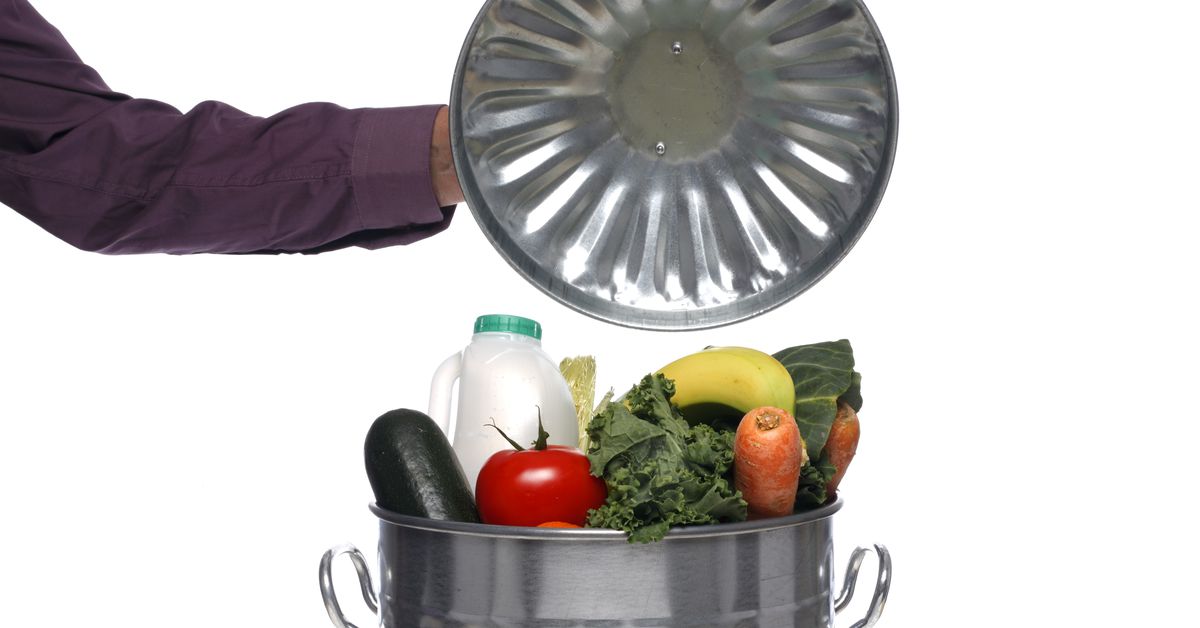 In a video that was posted on TikTok earlier this summer, a man is shown placing a watermelon on a chopping board. As soon as it’s in position, he begins to hack at the fruit, segmenting the entire melon before throwing the pieces into a nearby waste bin. He saves a single slice, removes a small chunk from it, then takes a bite before discarding the rest.

Like the other food waste videos posted by the same TikTok user, this one was uploaded without much context, leaving the intent behind the video open to interpretation. Despite its opacity, it was viewed over 13.5 million times; when it made its way to Twitter a couple of weeks later, it became a meme that was used as a metaphor for situations like having your heart figuratively chopped into pieces during a breakup. The memes got almost as much engagement as the original TikTok, but each time the video was tweeted with a funny caption to accompany it, it was met with the same negative reactions in the comments section: “Wasting food for clout will never not be disgusting” was a representative response.

The video was just one example of a burgeoning social media genre: the intentional food waste meme. Under captions like “proper way to eat coleslaw,” “how to eat plantains 101,” or “the best way to eat avocado” are brief videos of people throwing those foods — which are almost always in perfect condition — in the trash. They are a close cousin to the tweets that show photos of food used as a substitute for everyday objects, such as a tortilla masquerading as a painter’s palette, or the TikToks in which food is discarded in order to prank unsuspecting fast-food workers.

The origin of the intentional food waste meme is difficult to pin down, but it began to garner some attention and outrage in September 2019, when a Twitter user posted a video of someone dumping an In-N-Out burger and fries in a waste bin. The trend gained some steam earlier this year and eventually became a regular occurrence, especially during the first few weeks of COVID-19 pandemic lockdowns, when new social media fads seemed to spring up on a daily basis.

The memes recall the brand of absurdist humor popularized in the days of Vine, combining it with the strong opinions about food that people like to share on social media. They also bring to mind the broader online trend of throwing ostensibly fine stuff in the trash to emphasize a person’s dislike for it. Last year, people posted videos of themselves trashing their Juuls; this year, people are throwing away food they can’t stand. But if Juuls were being thrown away for health reasons, food is being thrown away for seemingly no reason, something that’s made these videos more susceptible to criticism; as one Twitter user wrote, “Y’all late 90s and 2000s kids love wasting food for social media likes/clout. Sad.”

That kind of feedback raises the following question: Why do trends like this gain any form of traction?

Jamie Cohen, a meme enthusiast and digital culture expert, suggests that since memes and trends are designed to create engagement, they often accelerate exponentially to extreme or absurd levels. “In the economy of attention, nearly anything that causes a reaction holds some sort of value to the creator — if one post results in engagement, they know how to use those techniques in further posts,” he says via email. “Memes are referential, so their metaphors are supposed to be nuanced, but sometimes, memes like these [the food waste memes] are very specifically made to be a type of engagement bait — some people laugh and some are super upset — but either way, it worked.” That said, he adds, “the food waste trend is unfortunate because it’s waste for waste’s sake.”

Even though these videos mostly seem to be made by teenagers who have no particular agenda beyond doing dumb things on the internet, it’s difficult not to look at them and wince at the sight of fresh food being thrown away. In the U.S., $161 billion worth of food is wasted every year, while over 37 million Americans struggle daily to get enough food. The pandemic has exacerbated food insecurity, with many people losing their jobs and consequently turning to food banks to survive. As a result, overwhelmed food banks are contending with families waiting in long lines and insufficient donations.