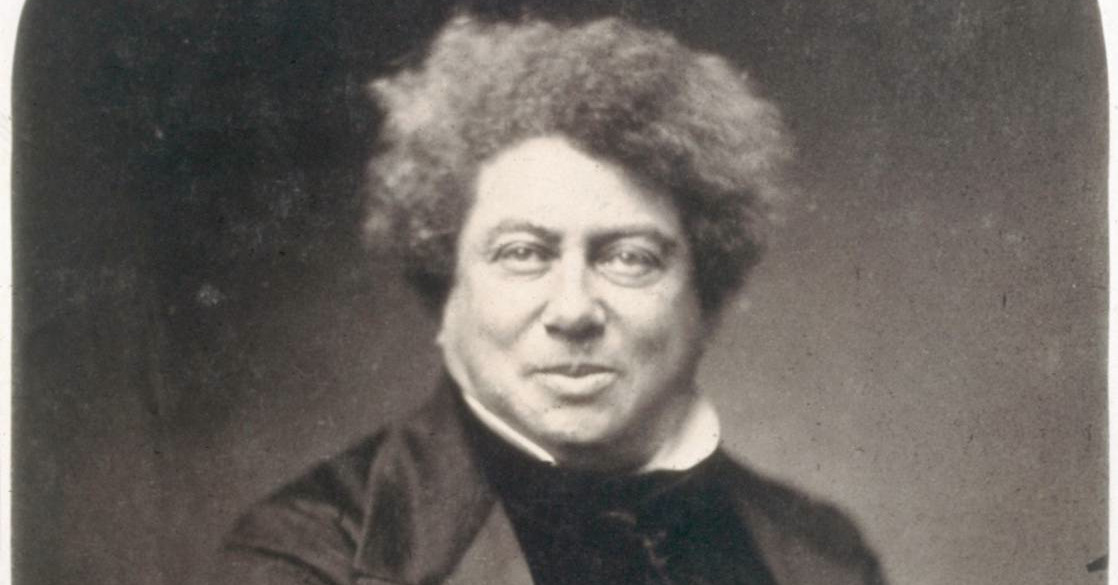 Today’s Google Doodle celebrates the work of Alexandre Dumas, the French writer who penned swashbuckling adventure novels like The Three Musketeers and The Count of Monte Cristo. It’s The Count of Monte Cristo that has an anniversary today — its serial publication first began on August 28, 1884, making it a sprightly 136 years old — and that means we have an excuse to dive into the novel’s secret history.

The Count of Monte Cristo wasn’t just a book for Dumas. It was a revenge fantasy he wrote on behalf of his father, a Black general who fought in the French Revolution and was ultimately betrayed by Napoleon. The novel tells the story of one Edmond Dantès, a promising young man whose friends, jealous of his charisma and professional abilities, secretly betray him to have him locked up in prison. Dantès eventually escapes, becomes impossibly rich after digging up a buried treasure trove, and while in disguise as the Count of Monte Cristo, wreaks implacable vengeance on all those who have wronged him.

It’s a rich and satisfying story for anyone who has ever felt betrayed: This is how I’ll get mine if fate is just, you might think, seething. But Dantès’s betrayal bears a startling resemblance to the real-life story of what happened to Dumas’s father — only he never got his revenge.

Dumas’s father was also named Alexandre Dumas, but we’ll call him Alex here (his preferred nickname) to distinguish him from his famous son. As chronicled in Tom Reiss’s excellent The Black Count, Alex was born in 1972 in what is now Haiti, the son of a white French count and a Black enslaved woman. The French empire offered legal protections to mixed-race people at the time, so at age 14 Alex made his way to France and enlisted in the army. Charismatic and principled, he shot up through the ranks as the revolution caught fire.

While the Revolutionary Army would become infamous for its excesses, Alex remained steadfast in his nobility. He briefly fell under suspicion by the Committee of Public Safety for being too lenient in his treatment of the enemy, and when he put down a peasant resistance in Vendée, he forbade his men to plunder or pillage. Still, Alex won battle after battle and terrified his enemies: When he fought against the Austrians, they called him the Black Devil.

Alex served as a general alongside Napoleon, and as Napoleon began to consolidate power on his way to becoming emperor, Alex continued to serve him. But he made Napoleon nervous: Alex was more handsome and charismatic, and he was truly devoted to the idea of the republic. After they quarreled during the French invasion of Egypt in 1798, Napoleon decided to take drastic measures. In 1799, Alex was taken prisoner of war in Naples. Rather than negotiate for the release of a valuable member of the military, Napoleon left him there to rot.

As The Black Count lays out, Alex was released in 1801 after vigorous petitioning from his wife, Marie-Louise, and the pair soon had a child, Alexandre. But Alex never fully recovered from his years behind bars: By the time of his release he was partially paralyzed, blind in one eye, and temporarily deaf. (He suspected poison.) He died in 1806 of stomach cancer, with his son not yet 4 years old. His back wages and military pension were never paid out, and he left his family impoverished. Centuries later, when the Nazis occupied France, they destroyed the one remaining statue of him in Paris because it depicted a man of mixed-race heritage.

Alex’s story is almost unbearably bleak, and it lacks any sort of satisfying payoff. But Dumas, who grew up on his mother’s memories of his heroic and betrayed father, wrote that payoff for him. Dumas turned his father, the count’s Black and illegitimate son, into the Count of Monte Cristo, and he gave Alex the rewards Dumas believed should always have been his.

In the spring, we launched a program asking readers for financial contributions to help keep Vox free for everyone, and last week, we set a goal of reaching 20,000 contributors. Well, you helped us blow past that. Today, we are extending that goal to 25,000. Millions turn to Vox each month to understand an increasingly chaotic world — from what is happening with the USPS to the coronavirus crisis to what is, quite possibly, the most consequential presidential election of our lifetimes. Even when the economy and the news advertising market recovers, your support will be a critical part of sustaining our resource-intensive work — and helping everyone make sense of an increasingly chaotic world. Contribute today from as little as $3…