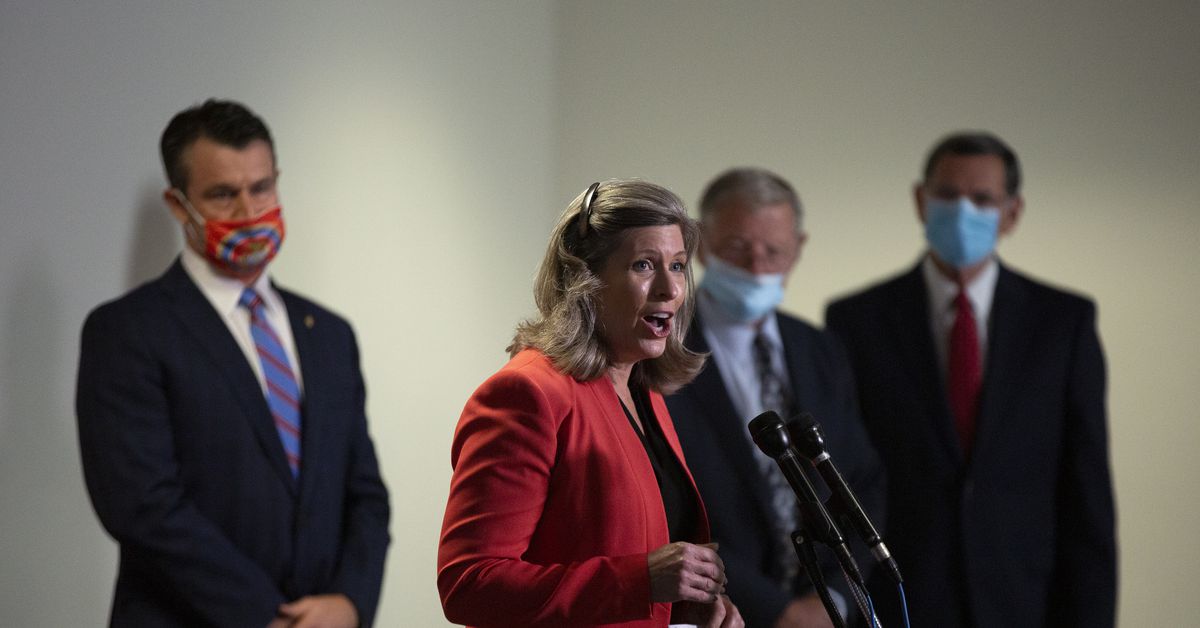 Republican senators are defending a lot of turf in the 2020 elections. You’d never know it from watching this year’s Republican National Convention.

On Wednesday night, Sen. Joni Ernst (R-IA) was the lone Republican incumbent in a toss-up Senate race to address the GOP convention with a primetime speech. Six other senators who are in the fight of their political lives this year weren’t scheduled to speak: Cory Gardner (CO), Martha McSally (AZ), Steve Daines (MT), Thom Tillis (NC), and David Perdue (GA). And rather than hearing from Maine Sen. Susan Collins at the convention, viewers got a lobsterman from that state, Jason Joyce.

During an election year that’s seen Republican primaries largely be about loyalty to President Donald Trump, incumbent senators who spoke at the RNC largely were those who embody Trump’s vision. Viewers heard from conservative Tennessee Sen. Marsha Blackburn on Wednesday, and Arkansas Sen. Tom Cotton is scheduled to speak Thursday. A standout speaker was Sen. Tim Scott of South Carolina, the only Black member of the Senate GOP and lead author of its criminal justice reform bill. Michigan Republican John James, a frequent Fox News contributor who is challenging Democratic Sen. Gary Peters, also addressed the convention with a prerecorded speech on Monday night.

The lack of senators who are up in swing states on the RNC stage was in part due to a hastily planned virtual convention, sources told Vox.

“It hasn’t been the most seamless process in the world,” a Republican operative told Vox. “Everything seems to have come together recently.”

But it also has to do with who these vulnerable senators are trying to appeal to. Party conventions typically serve as a way to help excite the base, but many of these incumbents also need the support of swing and independent voters in order to keep their seats. Some are running in states where Trump’s approval rating is underwater. Because of this, the National Republican Senatorial Committee (NRSC) is giving senators leeway to strike a more independent posture and distance themselves from Trump when they deem it necessary.

“I don’t think Senate Republican candidates are trying to distance themselves from Trump as a whole, they are more picking specific issues to show their independence from the president,” Tim Cameron, a Republican strategist and former chief digital strategist at the NRSC, told Vox. “There’s just more to lose from wholesale abandoning the president.”

Looking at it through this lens, the absence of the GOP’s most vulnerable incumbents may not be so surprising. It’s also worth noting that few Democratic Senate challengers spoke at last week’s Democratic National Convention. However, Alabama Sen. Doug Jones, who is easily Democrats’ most endangered incumbent, gave a speech addressing his involvement in the fight for civil rights in that state.

“Participation by both incumbents and challenger Senate candidates in key battleground states is the exception rather than the rule,” Cameron said.

Party conventions are largely about rallying around the candidate for president and the party’s ideas for the next four years.

The RNC has been all about making the case for four more years of Trump, a deeply controversial president.

Trump has made an indelible mark on the GOP, remaking the party in his own image. The incumbent president’s name was emblazoned across the speaker’s lectern, and the convention featured Trump performing a presidential pardon and a naturalization ceremony at the White House. The Republican Party forwent its issues platform this year, instead endorsing the set of ideas coming from the White House.

Speaking with Politico reporters Anna Palmer and Jake Sherman on Wednesday morning, NRSC executive director Kevin McLaughlin said, “I don’t think we should read too much into” the absence of swing state senators.

“Every single senator, to my knowledge, is participating on some level or another; it’s just been a different type of convention,” McLaughlin told Politico. “I think all of our folks are committed to working on a unified ticket — there’s no question about that. We’ve worked with the Trump campaign and vice versa.”