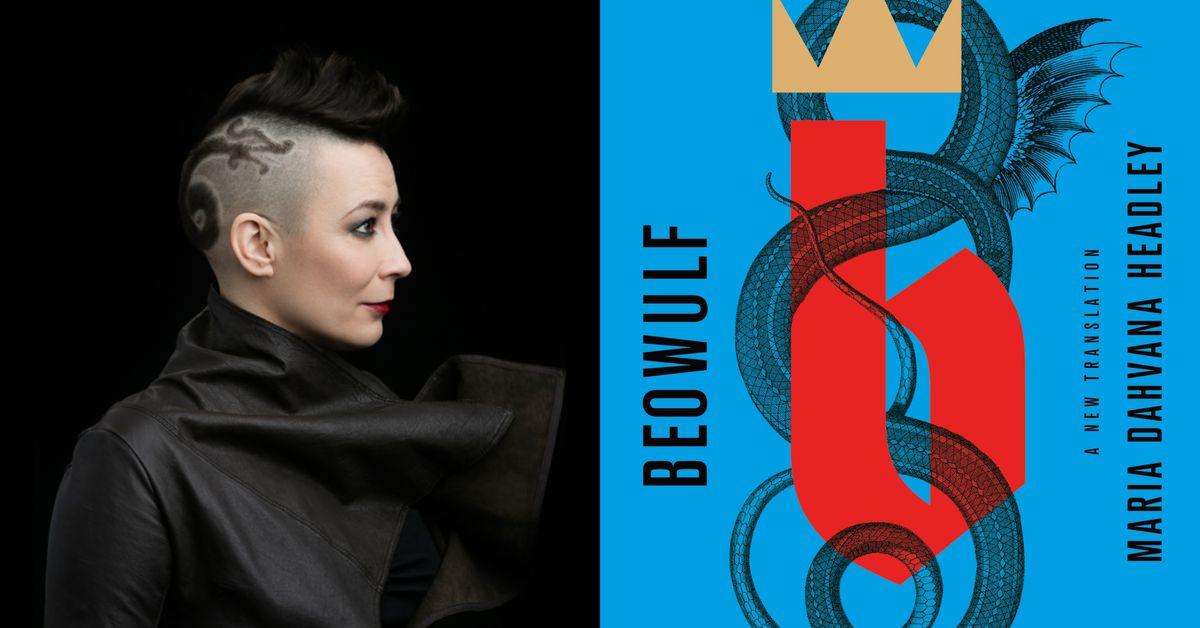 Any time you open up a new translation of Beowulf — bloody, baffling Beowulf, which begins with a cannibal assassin and ends with a dragon; Beowulf, which set off the whole of English literature — your edition will begin with a tell. How does this version of the poem handle the opening Old English word hwæt?

Hwæt is an Anglo-Saxon intensifier/maybe interjection, and since it begins Beowulf, it sets the tone for the whole poem to follow. So if the edition you’re reading translates it as “Lo!” (Tolkien) or “Hail!” (John McNamara) or “Hark!” (too many to count), then you are probably going to read a version of the poem written forsoothly, in a self-consciously archaic voice. But if your translator goes all Seamus Heaney on you and translates hwæt as something like “So.”, then you’re going to be reading a version of Beowulf that wants you to think of it as fresh and modern.

In her lively and vigorous new translation of Beowulf, the novelist Maria Dahvana Headley translates hwæt as “Bro!”

“Bro! Tell me we still know how to talk about kings!” she begins. “In the old days, / everyone knew what men were: brave, bold, glory-bound. Only / stories now, but I’ll sound the Spear-Danes’ song, hoarded for hungry times.”

Look, if this translation isn’t going to work for you, you’ll know right away from that one word. But personally, I am delighted. I’ve never read a Beowulf that felt so immediate and so alive.

There are pluses and minuses to any translation strategy. Tolkien famously argued in the introduction to his edition that any truly faithful translation of Beowulf would have to be written in “literary and traditional” language — by which he meant, essentially, language that evoked the Middle Ages — “because the diction of Beowulf was poetical, archaic, artificial (if you will), in the day the poem was made.” Heaney, meanwhile, writes in the introduction to his edition that what he finds most distinctive about the poem is that its voice is “attractively direct,” and so he wrote his own translation with an eye toward achieving the same sense of directness.

All translators have to pick and choose which ideas embedded in the original language to prioritize and which to set aside. Beowulf forces its translators to show their cards from the first word, and Headley’s priority is storytelling and a sense of linguistic play.

“The original reads, at least in some places, like Old English freestyle,” she writes in her introduction, “and in others like the wedding toast of a drunk uncle who’s suddenly remembered a poem he memorized at boarding school.” And so Headley’s Beowulf is a rambling, boastful, word-drunk poem, one where a worshipful young soldier “stanned for Beowulf,” while Beowulf himself “began, sick-hearted, to hear his death knell, his sure feet fumbling, his fight-spirit fugitive.” It’s profane and funny and modern and archaic all at once, and its loose and unstructured verses are full of twisting, surprising kennings.

Headley has published a take on Beowulf before: 2018’s The Mere Wife, a modernization of the poem told from the point of view of Grendel’s mother, who is one of Beowulf’s three central opponents, fighting to avenge the death of her son. In that novel, Headley made much of the idea that while the traditional epithet for Grendel’s mother, aglæca-wif, is often translated as “fiend” or “monster,” in Old English it’s only the feminine form of the epithet often used for Beowulf himself: aglæca, “warrior,” “soldier,” “hero.”