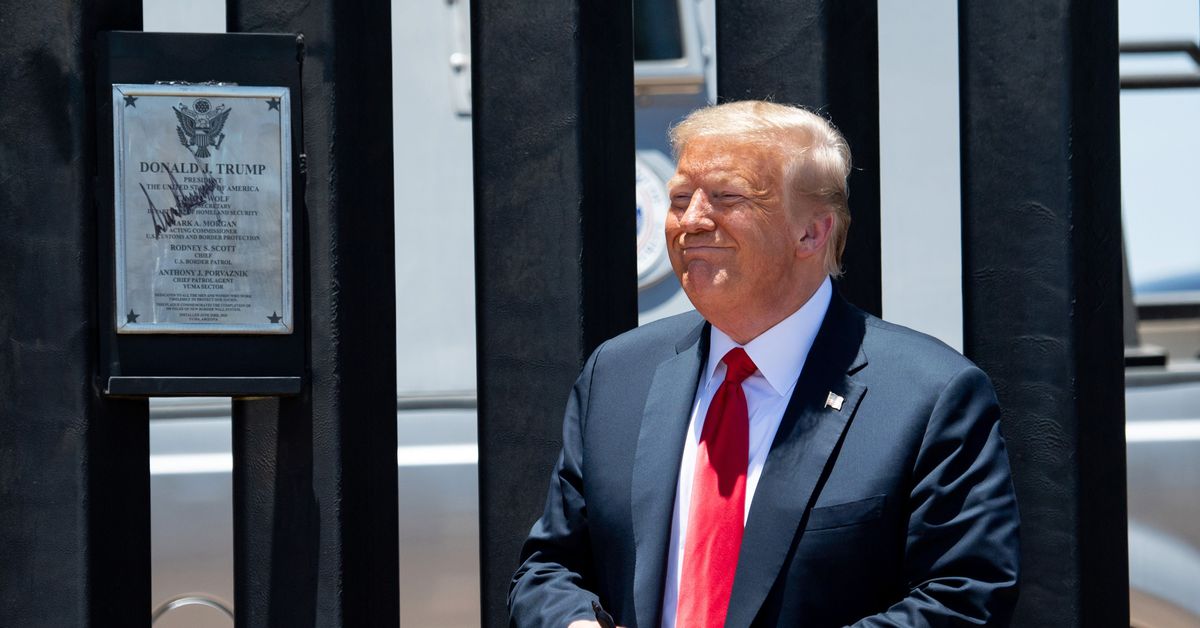 The Supreme Court ruled Friday evening, in a 5-4 decision along partisan lines, that President Donald Trump may move forward with his plans to build a multi-billion dollar wall along the US/Mexico border.

The Court’s order marks the second time Trump v. Sierra Club has come before the justices, and the Friday decision says as much about the unusual deference this Court gives to Trump as it does about the wall itself.

The case first reached the Court in late July 2019, after a lower federal court blocked the Trump administration’s attempt to transfer $2.5 billion that Congress appropriated for military pay, training, and similar personnel-related matters to wall construction. The administration claims that it was allowed to do under a statute permitting the Secretary of Defense to transfer military funds “for higher priority items, based on unforeseen military requirements.”

But, as several lower court judges have pointed out, there’s nothing “unforeseen” about the circumstances that led Trump to build this wall. Trump’s campaigned on plans to build a border wall since 2015. In late 2018 and early 2019, Trump even shut down much of the federal government due to a disagreement over how much money should be appropriated to pay for the wall.

So Congress did not deny Trump much of the funding he sought because it failed to foresee an emergent problem that could only be solved by a border wall. It was well aware of Trump’s case for additional funding for his wall, and it rejected that case.

Nevertheless, in its July 2019 order, the Supreme Court voted almost entirely along party lines to block a lower court order preventing the transfer of funds. That order was brief, but the Court did conclude that “the Government has made a sufficient showing at this stage that the plaintiffs have no cause of action to obtain review of the Acting Secretary’s compliance with Section 8005” — meaning that the particular plaintiffs who brought this case likely do not have the right to challenge this particular transfer of funds.

In theory, that means that a different party might be able to challenge Trump’s decision to transfer funds — although it is far from clear whether a potential party exists that would satisfy this Supreme Court.

The difference between last year’s order and the one handed down Friday turns on a partial dissent written by Justice Stephen Breyer in the 2019 iteration of this case. As Breyer explained, a party seeking a stay of a lower court opinion needs to show more than just a “fair prospect” that the Supreme Court will agree with its arguments. That party also needs to show “a likelihood that irreparable harm will result from the denial of a stay.”

One year later, however, there’s no longer any need for such a limited stay. As Breyer notes in a dissent to Friday’s order, “the Government has apparently finalized its contracts, avoiding the irreparable harm it claimed in first seeking a stay.” Since there’s no longer a likelihood that the government will face irreparable harm in the absence of a a stay, Breyer argues in dissent, the stay should lift.

All of this discussion about the procedural posture of the Sierra Club litigation, and the rules governing stays of lower court orders by the Supreme Court, may seem esoteric, but the Court’s order in Sierra Club is part of a much broader pattern. The Roberts Court rarely enforces its own rules governing stays of lower court opinions whenever the Trump administration seeks such a stay.

Indeed, last February, Justice Sonia Sotomayor accused many of her colleagues of “putting a thumb on the scale in favor of” the Trump administration whenever that administration seeks relief from a lower court order.

“In less than three years, [Trump’s] Solicitor General has filed at least twenty-one applications for stays in the Supreme Court (including ten during the October 2018 Term alone),” Vladeck wrote. By comparison, “during the sixteen years of the George W. Bush and Obama Administrations, the Solicitor General filed a total of eight such applications — averaging one every other Term.”

Past administrations typically shied away from making such requests because a stay from the Supreme Court is considered extraordinary relief — the kind that is rarely granted and that parties should be exceedingly reluctant to request. And yet, the Trump administration has a very high win rate, achieving a full or partial victory in about two-thirds of cases where it seeks to temporarily block a lower court opinion.

As Sotomayor wrote last fall, “granting a stay pending appeal should be an ‘extraordinary’ act. Unfortunately, it appears the Government has treated this exceptional mechanism as a new normal.” And the Court appears to have rewarded this behavior.

Friday’s Sierra Club order is significant, in other words, not just because it will allow construction of the wall to move forward. It is also significant because it suggests that the Supreme Court will relax its ordinary procedural rules for the current president.