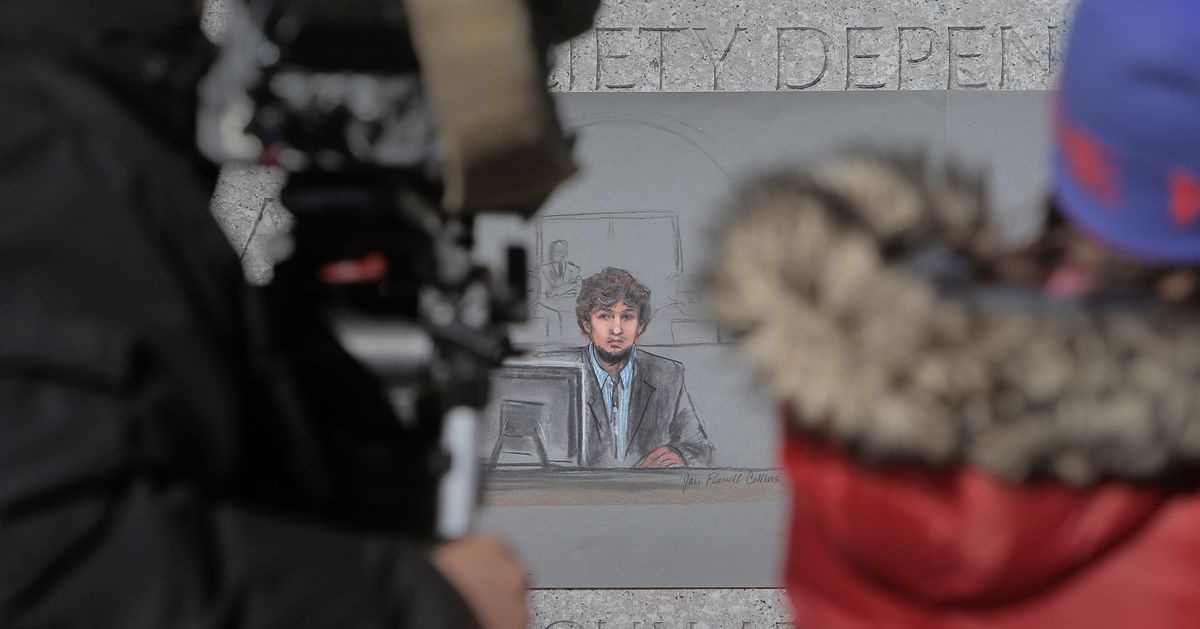 Dzhokhar Tsarnaev was sentenced to death for his role in the 2013 Boston Marathon bombing in 2015; Friday, that death sentence was overturned when a federal appeals court ruled that the jury at Tsarnaev’s initial trial was not properly screened for bias.

In the ruling, three judges from the 1st US Circuit Court of Appeals called for a new sentencing trial to decide whether Tsarnaev will be executed or will live out the rest of his life in prison. That trial could happen in an appeals court, or head directly to the US Supreme Court.

The appeals court’s 182-page ruling found that the judge overseeing the 2015 trial in which Tsarnaev was sentenced to death, George A. O’Toole, Jr., did not take great enough care to ensure fairness during jury selection.

“A core promise of our criminal justice system is that even the very worst among us deserves to be fairly tried and lawfully punished,” wrote Judge O. Rogeriee Thompson, who, along with Judge Juan Torruella and Judge William J. Kayatta Jr., presided over the appeal.

Tsarnaev, now 27, was convicted in 2015 for planting two bombs near the finish line of the race along with his elder brother, Tamerlan — then 26. The bombing killed three people and injured more than 260 on April 15, 2013.

The brothers later killed a police officer, and sparked a massive manhunt through Boston’s suburbs in the days afterward. Neighborhoods were placed under lockdown before Dzhokhar was found hiding under a boat in a backyard in Watertown, Massachusetts on April 19, following a gun fight earlier with law enforcement that morning in which the older Tsarnaev was killed. The Dzhokhar Tsarnaev has been in maximum security custody ever since.

Tsarnaev’s lawyers have consistently argued that he was driven by his older brother’s directives, describing Tamerlan as the mastermind and the younger Tsarnaev as less guilty. In their appeal, Tsarnaev’s team also argued the trial should not have been held in Boston, and showed social media posts from two jurors indicating they did not enter the 2015 trial from an impartial perspective.

In their ruling, the 1st Circuit found that, given the intensity of the media coverage of the attack and the ensuing hunt for the brothers, the jury selection process required a commensurate level of scrutiny to preclude prejudice. But, they found, O’Toole did not screen for how much prospective jurors had heard about the case previously.

“By not having the jurors identify what it was they already thought they knew about the case, the judge made it too difficult for himself and the parties to determine both the nature of any taint (e.g., whether the juror knew something prejudicial not to be conceded at trial) and the possible remedies for the taint,” wrote Thompson.

Torruella authored an additional opinion agreeing with Tsarnaev’s lawyers that the trial should not have taken place in Boston.

According to the Associated Press, Tsarnaev’s legal team greeted the news with relief — reporting that they called the court’s ruling a “straightforward and fair decision” — while the Boston Globe reported anger from the families of his victims.

“I just don’t understand it,” said Patricia Campbell, whose daughter, Krystle, 29, was killed in the attack. “It’s just terrible that he’s allowed to live his life. It’s unfair. He didn’t wake up one morning and decide to do what he did. He planned it out. He did a vicious, ugly thing.”

“If the government wishes to put someone to death, it must make its case to a fairly selected jury that is provided all relevant information. The court rightly acknowledges, as do we, the extraordinary harm done to the victims of the bombing,” said Tsarnaev’s lawyers. “It is now up to the government to determine whether to put the victims and Boston through a second trial, or to allow closure to this terrible tragedy by permitting a sentence of life without the possibility of release.”

In April, 2015, following an emotional trial that lasted about a month, Tsarnaev was found guilty on 30 counts, including charges for the deaths of Martin Richard, 8; Lingzi Lu, 23; Krystle Campbell, 29; and Sean Collier, an MIT police officer killed by the brothers after they fled the scene of the bombing. Hundreds of other people were injured, some of whom were maimed or lost limbs.

Some victims’ family members called for the death penalty to be taken off the table, fearing that a death sentence — all but guaranteed to trigger a lengthy appeals process — would prolong their suffering.

In a column published in the Boston Globe in 2015, ahead Tsarnaev’s sentencing, the parents of his youngest victim, the eight-year-old Martin Richard, said that the prospect of the death penalty would put their “two remaining children” through years of anguish.

“As long as the defendant is in the spotlight, we have no choice but to live a story told on his terms, not ours,” they wrote. “The minute the defendant fades from our newspapers and TV screens is the minute we begin the process of rebuilding our lives and our family.”

While Massachusetts abolished the death penalty in 1984, the trial was held in federal court, where executions were reinstated in 1988, and expanded in 1994.

Federal executions are rare, although the Trump administration has recently begun a push to expand its usage. Until this year, there had only been three federal executions: most famously, that of Timothy McVeigh, the architect of the Oklahoma City bombing, which killed 168 people on April 19, 1995.

But three federal executions took place over the course of four days in July 2020, with four more scheduled for August and September. Now, another trial will determine whether Tsarnaev’s name will be added to the schedule of federal executions.